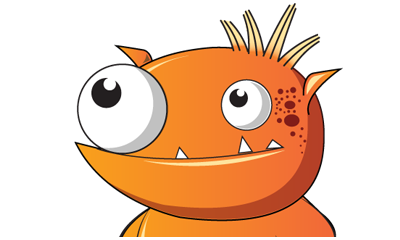 We have recently been made aware of several of our clients, who were members of Monster Rewards, having received a rather concerning letter.

The letter is purporting to be from an appointed liquidator by the name J Flynn.  The letter is printed on blank paper. It bears no details of J Flynn’s company or indeed his professional body.

This is very unusual behaviour from an appointed liquidator to announce his appointment by not giving the people he is writing to any information about his practice or a telephone contact number.  The only contact details supplied are an email address of liquidator@monster-rewards.com.

We are very concerned as to what is happening here and having seen several of these letters and emails. We have made further enquiries with the limited information we have about J Flynn’s appointment.  It would appear that there is nothing logged with the Spanish authorities and, in particular, the Spanish equivalent to the UK Companies House. This information can be found at www.infoempresa.comand this link takes you directly to the Monster Rewards SL company register page: –

It is clear that Monster Rewards SL has a trading status of ACTIVE.  If it was officially in liquidation, then the appointed liquidator must put a notification on the Spanish company register.

WHAT ELSE DO WE KNOW?

The emails and letters advise people that the liquidator ‘J FLYNN’ has identified that Monster Rewards clients may have a claim to be pursued against Monster Rewards.  This is an odd concept considering J FLYNN has been appointed to wind up the company and liquidate its assets for the benefit of its creditors.

However, J FLYNN goes further than this and he introduces the reader to a third party company called Addlington West Group Limited based in Kenilworth, Warwickshire, which is near to Monster Rewards’ Stratford-Upon-Avon office.  J FLYNN says that Addlington West Group can help you recover money under the UK Consumer Credit Act 1974 and if anyone is interested in making a claim then they should email, liquidator@monster-rewards.com . This is a very unusual approach for an appointed liquidator to take, to introduce a third party company outside of his control.

WHY WOULD THE LIQUIDATOR PUBLISH DETAILS OF A THIRD PARTY COMPANY?

It is no coincidence that Mrs Christina Taylor is the spouse of Mr David Taylor, with whom some Monster Rewards clients may be familiar with. Mr Taylor is a well know timeshare salesman who initially worked for Resort Properties in Tenerife, who latterly became Silverpoint SL.  Mr Taylor made YouTube news when he was secretly recorded whilst plying his trade at Resort Properties/Silverpoint SL. The undercover recording can be viewed here: –

Monster Reward SL clients may also be familiar with Mr Taylor, too, as he worked as the office manager and sales person in Monster Rewards York office in the UK, until approximately 12 months ago.  He may well have sold you your Monster Rewards package.

We are currently reporting several matters and sending what is contained in this press release to the FSA and the ICO upon instruction of our clients, who are also Monster Rewards clients.  If you want us to assist you too, or you have any concerns, then please contact us IMMEDIATELY.