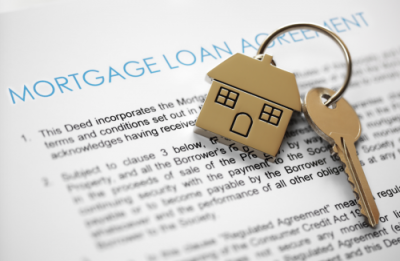 Thousands could be owed compensation, if they were advised to take out an interest-only mortgage when other loans were available.

Experts in the industry have been warning for years about the ticking time-bomb of interest-only mortgages.

For most of us, our mortgage is the biggest and most important loan that we will ever have, a mortgage will be your largest debt. Given that the amount loaned can be spread over many years, the repayments are more manageable and affordable !

Before the financial crisis, many people were encouraged into interest-only mortgages. It was a popular and more affordable way to get a foot on the ladder. The borrower only pays the interest on the mortgage, but, at the end of the fixed term, the borrower has to raise the capital to buy the property outright.

Interest-only mortgages now account for just 2.8% of mortgage lending, down from more than 30% in 2007 and are largely used by wealthier borrowers, who typically pay off the interest and capital well before maturity.

However, experts have been warning that many sellers broke the rules regarding suitability and affordability when they gave customers interest-only mortgages before the financial crisis. They appeared to many to be a cheaper option in the short-term. Nevertheless, in the long-run, borrowers end up paying significantly more. A mortgage broker should have explained this to the borrower and given examples of the cost of an interest-only mortgage vs a Capital Repayment mortgage and explained that they will have to switch their mortgage to a capital repayment mortgage at some point.

In addition, lots of people in the past took out interest-only mortgages at much higher loan-to-value ratios than would now be granted, and people took them out without thinking about how they would pay them off, or without the broker explaining this to them.

FOS says: “We’ll look into whether someone was advised to take an interest-only mortgage, or whether they were given information to decide for themselves. If we decide someone didn’t receive advice, we might decide it isn’t fair to say the broker or lender is responsible for their choice. If someone received advice about their mortgage, we’ll decide whether an interest-free mortgage was a suitable option at the time, rather than in their circumstances now”.

Around one in five interest-only mortgage complaints are upheld by the FOS every year. FOS receive around 300-400 complaints a year.