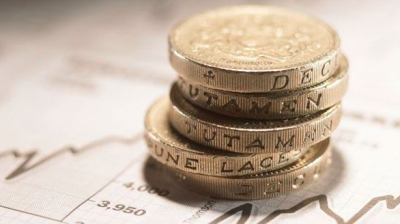 The government’s national Fraud Initiative (NFI) has saved over £300 million in taxpayers money, in a two year period. Chloe Smith, Minister for the Constitution, has announced over £300 million in savings, made from clamping down on fraud and error. “We are determined to build a fairer society and stopping a small group of unscrupulous people, who break the law, will help us achieve this”.

Over the last two years, NFI has saved over £300 million in taxpayers money, the equivalent of the annual salary for 7,843 full time teachers. Public bodies spend billions of pounds of taxpayers’ money, delivering essential services to people who have a genuine entitlement to them. When people defraud public institutions, they are diverting funding from essential public services, denying citizens the help and support they are entitled to, including access to social housing or disabled parking spaces in the towns and cities.

Wonga, the payday lender, has confirmed its closure and administrators have been brought in to take over the debts. Wonga had seen an emergency cash injection of £10 million from shareholders, however this failed to keep the company afloat. Wonga has been in financial trouble for a while and last month announced they were on the brink of folding.

Wonga has been processing thousands of compensation claims, after it was discovered to be targeting vulnerable people for loans and charging astronomical interest rates. Once Wonga announced the cash injection from shareholders, they experienced an influx of new claims being brought against the company, which they simply could not cope with. The company is no longer taking new loan applications but is still collecting repayments from customers.

So what happens to the debts?
Just because a company has folded, doesn’t mean the debts will be written off. Administrators have taken over the running of the company and anyone owing money will have to continue paying it off. Wonga may try to raise some funds by selling debts on to other firms, they could then chase Wonga customers for any outstanding balances. Companies who purchase these debts will not be able to increase the amount of interest owed or add additional charges. So the debt will stay the same, it will just be owed to someone else.

RBS announces it will close a further 54 branches.

Royal Bank of Scotland plans to close another 54 branches, which will result in the loss of 258 jobs. This follows the announcement in May that the bank plans to close 62 branches across England and Wales, with the loss of over 750 jobs. To date, RBS has announced a total of 603 branch closures since March 2017.

The bank previously blamed a fall in customers visiting the branches and more people turning to digital banking. The bank also said that many of its branches were in close proximity to one another and was seeking to reduce the overlap.

This announcement heaps further misery on communities across England and Wales, that have already seen the demise of local banking services. RBS has told customers in England and Wales that they will be able to use NatWest branches and local post offices for their everyday banking needs.