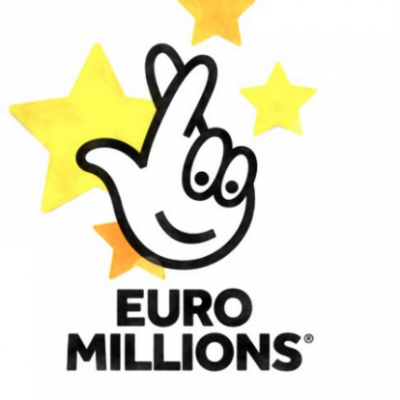 A fraudster claiming he won £123 million in EuroMillions jackpot, cons single mum out of £5,000.

The victim was lured into the con by a fraudster who entered her place of work with a fake lottery ticket. He said his ticket was already checked at the nearby Sainsbury’s and staff there had told him to ring Camelot immediately. He went on to explain to the vulnerable mother that he didn’t have a phone and his English was too poor to understand the information Camelot were giving him. He passed her the phone and she spoke to someone claiming to work for EuroMillions team.

Following instructions from the fake Camelot caller, the single mother pulled together £240 to help the conman get to Watford to claim his prize. He then went on to beg her for a loan until his lottery winnings were deposited in his account. He told her the loan was for emergency surgery for his mother in Pakistan and in return he would give her £500,000.

His victim was totally convinced she had become rich overnight and it wasn’t until he was meant to deliver the money, that his phone died.

A Camelot spokesman said: “We are aware that there are individuals and organisations that attempt to obtain payment or personal details from people under a variety of pretexts. The National Lottery, winners of The National Lottery and other lotteries are sometimes falsely used as part of these scams.

“We would urge people to remember that, if something looks too good to be true, it probably is. We would also like to remind people that the only place you can legitimately purchase National Lottery tickets or Scratch cards is from an official National Lottery retailer, so not to hand over money for a National Lottery product anywhere else.

“The National Lottery website provides security advice in respect of lottery ‘scams’ at www.national-lottery.co.uk/security As always, if any individual believes they are a victim of crime, they should contact their local police.”

Fraudsters use increasingly sophisticated tactics to persuade people to hand over money by using fake credentials and contacting people through websites made to appear legitimate as well as through social media. More than £190,000 a day is lost in the UK by victims of cyber-crime, police statistics show. More than a third of victims in that period fell prey to the hacking of social media and email accounts.

Action Fraud said £34.6m was reported to be stolen from victims between April and September 2018, a 24% increase on the previous six months. The City of London Police, which runs Action Fraud, has warned people to keep separate passwords for online accounts. The figures show 13,357 people in the UK reported cyber-crimes over six months. More than 5,000 of those people were hacked via their social media and email accounts, costing victims £14.8m.

1. Never respond to any emails, text messages, letter or social media that look suspicious, or that have bad spelling or grammar.

3. If someone you have never met before asks you for money, do not give them any and report it.

4. Always question uninvited contact. This is relevant whether it is on the doorstep, over the phone, by post or online. Always contact the company directly  yourself.

5. Never automatically click on a link in an unexpected text or email. Make sure you use a strong password, and change them regularly.

6. Trust your instincts, if you feel at all wary or suspicious, you’re probably right.