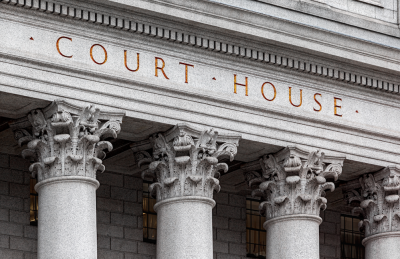 An unnamed 40-year-old man has appeared in a Singapore court to face charges for his suspected involvement in a series of timeshare recovery scams.

It is alleged that between 2014 and 2017 the 40-year-old had cheated more than 20 timeshare membership owners out of approximately $600,000 by claiming to terminate their timeshare memberships. The case was first investigated by the Consumer Association of Singapore when they received complaints from customers who had paid for services that had not been performed. The ringleader and his associates cold-called potential customers and offered unregulated services to those who had bought timeshare products. They lured customers in with false information and claimed that they could recoup the money they had previously spent on their original timeshare purchase.  It is believed that none of the services he offered were performed, he simply pocketed the money.

He has now been charged with 17 counts of various offenses with a staggering 126 more to be added. These charges include cheating, forging documents and possessing counterfeit seals and stamps to commit forgery.

Singapore is the 38th largest economy in the world and Singapore’s citizens have enjoyed very low unemployment for many years, this has helped to create a thriving holiday market. According to performance marketing technology group Criteo, Singaporeans take an average of 5.2 trips a year. And where there is a holiday market, there is also a timeshare market.

Like any timeshare market that struggles to keep its customers happy, in Singapore it has been the same story. However, Singapore does have a very strong consumer protection bureau that has attempted to regulate the industry and due to this intervention, the number of timeshare consumer complaints has decreased over the years.

Despite this, and the heavy penalties involved in Singapore law, timeshare owners are still falling victim to scam artists. Just like in Europe and the US, Timeshare has a bad reputation in Singapore. So in Singapore timeshare scammers pose as legitimate travel companies, and even use job ads as a way to find victims. They post online ads and sometimes buy advertising space in newspapers, offering large sums of money and fancy job titles to work with them. When people show up for the interview they are actually being presented with a multi-level marketing scheme and exert a high-pressure sales pitch trying to sell unsuspecting candidates a timeshare termination product, which they can then go on to sell themselves.

Singaporean scammers even go as far as creating fake email exchanges and documents to fool people into believing they are acting on their behalf, when they are actually scamming owners a second time by pretending to help with the first scam. They go to great lengths to scam victims targeting vulnerable timeshare owners.

People who enter into Timeshare agreements often find it difficult to keep up with the mounting maintenance fees and simply cannot afford it any longer. Also, they may find that the Timeshare no longer suits their needs and simply want to end the contract. There are too many individuals who are willing to take advantage of Timeshare owners and offer fake products, along with Timeshare exit schemes. Before agreeing to any Timeshare termination or exit procedure with an individual or company, seek independent advise and fully research any company you are thinking of working with.