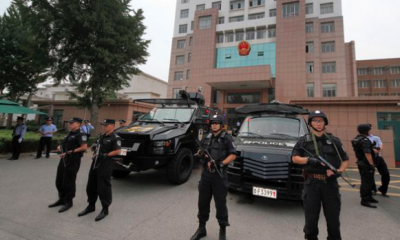 Police in Singapore have arrested a 42 year old man for running a timeshare scam which stole $1.25 million from it’s victims.

Mohamed Yasin Karuli has been jailed in Singapore after being convicted in court for running a bogus timeshare recovery business and an unauthorised investment scheme.

Police discovered that Karuli coerced victims into handing over money to him in return for helping them get out of their timeshare obligations. He ran a company named Solution One to run the scheme, he trained staff to call victims and convince them to sign up to the fraudulent services. He ran the scam between August 2013 and September 2015 and 47 timeshare owners in total were scammed out of $942,000 in fees and charges, but received nothing for their money.

In a statement police said: “The reality was that Mohamed Yasin knew that Solution One had no means to do any such thing for the timeshare owners.”

In court Mohamed Yasin pleaded guilty to one count of fraudulent trading and another unnamed person involved in running the company alongside him has been charged with the same offence, court proceedings are ongoing.

In another case between January 2015 and July 2015, Mohamed Yasin used his company Allied Solution Group to promote an investment scheme to finance the production of Tamil movies.

Through this, he managed to solicit $315,237 from 18 investors, who were promised a return of 150 per cent of their investment and a percentage of the box office revenue. The scheme was unable to pay the investors as the ticket sales were poor, police said. The investment scheme fell within the definition of a collective investment scheme, but had failed to meet requirements under the Securities and Futures Act. It was also not authorised or recognised by the Monetary Authority of Singapore.

Mohamed Yasin pleaded guilty to 10 charges in relation to the collective investment scheme. Another 21 counts under each offence were also taken into consideration, police said. Mohamed Yasin was sentenced to four years and two weeks’ imprisonment for his offences.

Singapore is the 38th largest economy in the world and benefits from very low unemployment. This has helped to create a thriving holiday market and timeshare remains a popular option in Singapore. In recent years, authorities have tightened safeguards and eliminated loopholes regarding timeshare deals in an attempt to provide better protection for consumers.

Despite this, and the heavy penalties involved in Singapore law, timeshare owners are still falling victim to scam artists. Just like in Europe and the US, timeshare has earned a bad reputation. So in Singapore, timeshare scammers pose as legitimate travel companies, and even use job ads as a way to find victims. They post online ads and sometimes buy advertising space in newspapers, offering large sums of money and fancy job titles to work with them. When people show up for the interview they are actually being presented with a multi-level marketing scheme and subjected to a high-pressure sales pitch. Fraudsters try to sell unsuspecting candidates a timeshare termination product, which they can then go on to sell themselves. Scammers even go as far as creating fake email exchanges and documents to fool people into believing they are acting on their behalf, when they are actually scamming owners a second time by pretending to help with the first scam. They go to great lengths to scam victims, targeting vulnerable timeshare owners, desperate to get out of their contracts.