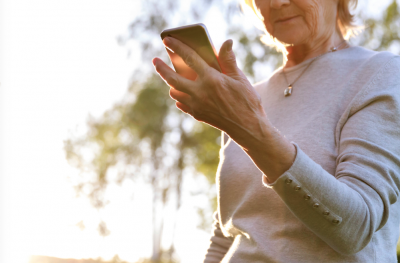 A conman from Wales has been sentenced to eight months imprisonment, for his scam which saw elderly vulnerable widows conned out of thousands.

Jason Edwards, 42 from Swansea persuaded the women to part with their cash by convincing them they needed insurance for household goods. He was accused of deliberately confusing them with dates, policies and payments and manipulating them into contracts that were not suitable and lasted too long. He would also keep hold of their bank details and take payments from their accounts without permission.

Following the death of her husband, Ann Downs paid Edwards over the phone for insurance on her TV. He had sent her a letter claiming she owed money and she got in touch with him. She told ITV: “He was selling some like extra insurance, covering if anything else went wrong and I was just gullible enough to accept what he said. It was sort of all these different deals which seemed very good, I know it sounds so silly now but at the time it was very plausible.”

Incredibly, he continued to take payments from her bank accounts over the course of 2 years. By the time she realised what he was doing he had taken £2,700 from her account. Once her family found out, they confronted Edwards who returned just £720 and got in touch with Trading Standards. She said: “When I was working I would have definitely spotted it straight away. I was being a silly old lady. I was preparing making sure everything was alright.”

Robert Williams from Trading Standards was the investigating officer said: “He would take their bank details, they were all vulnerable women because of their age and they were three widows. He would take money out of their account without their permission for insurance and then within a few months, he’d take another payment out, two or three months later, he did the same thing again.”

In light of the many instances of farudsters targeting elderly people, the ICO are asking members of the public to support their elderly relatives and neighbours, if they are being subjected to nuisance marketing calls. It is against the law to call people who have registered their numbers with the national do not call list, known as the Telephone Preference Service, unless they have given their specific consent to do so.

For people who receive nuisance marketing calls, emails and texts, the best thing to do is to ask the company to remove their details from their list. Read the small print and be careful about ticking boxes which could give them consent to contact you. People can also report cold calls or texts that either played a recorded voice message or from a real person, to the ICO. The ICO will use the information you provide to investigate and take action against companies responsible.

What is a nuisance call ?

A nuisance call or cold-call is an unsolicited telephone call from a business seeking to attract new customers. Cold Calling is not illegal, however, there are restrictions on how and when a marketing cold-call should be made. The new GDPR regulations along with the ICO’s Privacy and Electronic Communications Regulations tighten up these restrictions, and as from 25 May 2018, any organisation involved in cold calling will have to abide by strict guidelines or face hefty fines. The only instance where you can be lawfully cold-called is if you have given consent before being contacted.