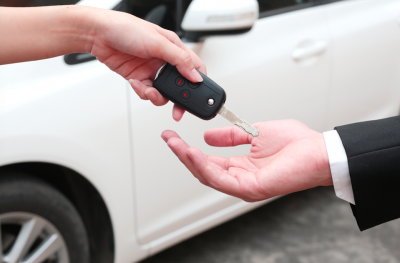 A report from the Financial Conduct Authority could mean car loan companies are facing multi million pound claims from customers they have ripped off.

Complaints about car loans, known as Personal Contract Purchase deals or PCP car financing, have hit record levels and the FCA says thousands of drivers have been left owing more than their car is worth.

The FCA started a two year probe into PCP car financing after receiving thousands of complaints. So far they have released some troubling statistics and found that drivers were being overcharged by an average of £1,000 each, in a scam costing them £300 million a year in excess interest payments.

The FCA say that salespeople, working on commission, have been incentivised to push people into contracts that are bad for the customer. FCA spokesman Jonathan Davidson said: “We found that some motor dealers are overcharging unsuspecting customers over a thousand pounds in interest charges in order to obtain bigger commission pay-outs for themselves. We also have concerns that firms may be failing to meet their existing obligations in relation to pre-contract disclosure and explanations, and affordability assessments. This is simply not good enough and we expect firms to review their operations to address our concerns.”

In their final report, the FCA said: “We are concerned that the way commission arrangements are operating in motor finance may be leading to consumer harm on a potentially significant scale. Some customers are paying significantly more for their motor finance because of the way lenders choose to remunerate their brokers. In particular, we are concerned about the widespread use of commission models which link the broker commission to the customer interest rate and allow brokers wide discretion to set the interest rate. This gives rise to conflicts of interest and creates strong incentives for the broker to charge a higher interest rate.”

The report suggested that brokers should examine their policies in light of the report’s findings with a view to amending their policies and procedures.

What is a PCP deal?

A PCP finance deal is basically a loan to help you get a car. Unlike conventional loans, where customers pay off the entire value of a car, buyers hand back the vehicle at the end of the finance period.

The first step is the deposit on the vehicle, which is often around 10% of the value of the car. Some carmakers offer contributions to this deposit, usually between £500 and £2,000. This amount is then added to the deposit you place on the car, which helps brings down the monthly payments.

Buyers next select the amount of money they want to borrow. This depends on the contract period, usually between 24 and 48 months, and the deposit amount. Dealers then add interest on top of the monthly payments. Rates vary by dealer, so it’s best to check the small print before signing up to any PCP deal.

Once the PCP period comes to an end, buyers are given the chance to buy the remaining share of the car with a final instalment, known as a “balloon payment”. The remaining value of the car can also be put towards the down payment of a new PCP deal.

Buyers can, however, simply hand back the keys to the dealer at the end of the contract without paying a final fee or taking out another PCP deal.

What is the FCA planning to regulate PCP financing?

The FCA is assessing the options for intervening in the market which would address the harm it has identified.  This could include strengthening existing FCA rules or other steps such as banning certain types of commission model or limiting broker discretion.

As part of its work, the FCA also carried out mystery shopping of firms. The FCA found that where disclosures were given, these were not always complete, clear or easy to understand and as a result customers may not be given enough information to enable informed decisions. The FCA was also not satisfied that all lenders were complying with the rules on assessing creditworthiness including affordability.

The FCA will follow up with individual firms where failures were identified but expects all firms, both lenders and brokers, to review their policies, procedures and controls to ensure they are complying with all relevant regulatory requirements and are treating customers fairly.