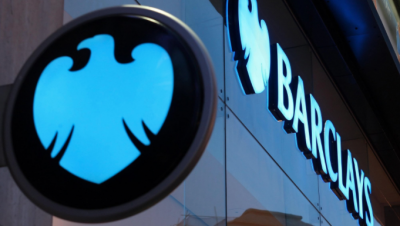 Have IVA’s been mis-sold ?

Thousands of people may have been mis-sold debt repayment plans which were too expensive and could be due compensation. An industry regulator has found that some customers were given inadequate debt advice and charged large fees by firms offering IVA’s (Individual Voluntary Agreements).

An individual voluntary arrangement (IVA) is a formal alternative for individuals wishing to avoid bankruptcy. The IVA was established by and is governed by Part VIII of the Insolvency Act 1986 and constitutes a formal repayment proposal presented to a debtor’s creditors via an insolvency practitioner. Usually (but not necessarily), the IVA comprises only the claims of unsecured creditors, leaving the rights of secured creditors largely unchanged. Insolvency practitioners charge initial and ongoing fees that are in addition to the debt.

An IVA is a contractual arrangement with creditors and can be as flexible as an individual’s own circumstances; they can therefore be based on capital, income, third party payments or a combination of these.

The Insolvency Service, which regulates the professional bodies representing individual debt practitioners, has published a report revealing the poor quality advice being given to people in debt. The regulator found that some people were offered IVA’s when other options were available and more appropriate. It also questioned why some fees had been charged and said some customers were being mis-sold finance products.

There is no official refund process for people who have been mis-sold IVA’s, the Insolvency Service is planning to change this by working with other professional bodies to fix the problems.

Barclays may have to pay a £38.5 million bill to homeowners over loans taken out to fund solar panels which may have been mis-sold. Barclays Partner Finance is a subsidiary of the bank and has said it will put aside a fixed amount to settle customer claims for compensation. They have also employed the services of solicitors to review its liabilities in relation to the case.

It was revealed in May that solar sales agents had misled homeowners into signing up to loan agreements for solar panels. After a surge in complaints to the Financial Ombudsman Service from customers who were promised the solar panels would ‘pay for themselves’. In most cases the loan repayments cost more than any financial gains customers were promised and some customers were left thousands out of pocket. This is not the first time Barclays Partner Finance has been involved in cases of mis-selling financial products. In fact the Financial Ombudsman Service named them one of three loan providers most frequently involved in complaints cases, it has told Barclays to put things right and address these issues.