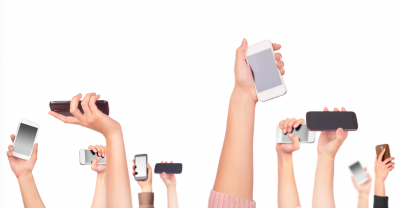 According to new analysis from Citizens Advice, 71% of mobile customers with a SIM-only plan are overpaying for data, they don’t use. This costs the consumers a combined total of £800 million per year.

The online survey, found that customers could save approximately £63 per year by switching to a cheaper deal that matched their data consumption. The average amount wasted each month was 2GB, which is equivalent to 3 hours of video streaming or 28 hours of music. People who purchased their contracts in store were found to waste an average of 4.2GB, while those who bought online waste and average of 2.6GB.

Citizens Advice estimates this affects 12 million people in the UK who have SIM-only contracts. They also state, that whilst the polling only asked SIM-only clients, it is likely to also affect people who have bundled contracts too. The charity is urging more mobile networks to refund unused data, or make it easier for customers to reduce their monthly allowance if they are continually wasting data.

Citizens Advice is calling for an independent consumer champion for the mobile and broadband industries to stand up to practices that exploit customers. They found that mobile companies profit £475 million each year by continuing to charge customers for phones they have already paid off. Broadband companies earn £1.2Billion each year from the loyalty penalty, by charging loyal customers more for their services.

Chief Executive of Citizens Advice, Gillian Guy Said: “Mobile companies should be doing more to help their customers save on data they don’t use, especially when it’s clear people are consistently underusing their allowance. This is another example of mobile companies overcharging their customers. It’s time for a consumer champion to stand up for people and push for change on issues like this. While we wait for industry to improve support for customers, individuals can take action too. Anyone looking to save money should check their data usage and see if they can switch to a cheaper deal that matches what they use.”