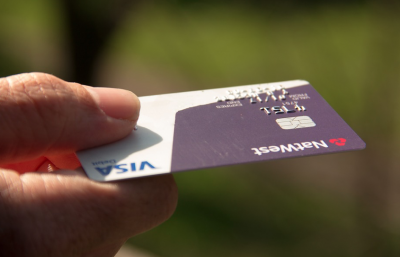 Earlier this month, the Financial Ombudsman Service revealed figures showing that NatWest is the worst bank for helping victims of fraud. BBC programme Watchdog, also says it has received more than twice as many complaints about how NatWest handles fraud cases, than any other bank.

The Financial Ombudsman Service say they have received 1,921 complaints from NatWest customers during a one year period. In fact, the way in which NatWest treats it’s customers has gathered the attention of BBC programme Watchdog, who recently aired an episode about two victims of fraud, who NatWest refused to help them.

Retired police officer, Kevin Patrick had £11,000 stolen from his NatWest account by scammers who duped him into believing they were from his email provider. Kevin says he was tricked by scammers after receiving a call from someone posing as an engineer for his email provider. They quoted a unique reference number, which Kevin had been given when he contacted his email provider about problems with his account. Kevin was convinced he was talking to the correct person and gave them access to his computer.

Kevin told BBC Watchdog how fraudsters then gained access to both his HSBC and NatWest accounts. HSBC stopped and flagged the transaction by fraudsters as fraudulent, but they still managed to steal £11,000 from his NatWest account. Despite not recognising the transaction as possibly fraudulent, NatWest initially refused to refund Kevin his £11,000, stating customer negligence, as he had allowed the fraudster access to his computer.

In a separate incident, Mike Elsey had £17,000 taken when fraudsters convinced him that his bank accounts were being accessed by scammers. They told him to transfer money to a holding account to keep it safe. He complied with the request, convinced he was talking to his bank. He transferred around £60,000 in total from his Barclays, Lloyds and NatWest accounts. Fraudsters also took out a £50,000 loan in his name from Barclays. Barclays and Lloyds both refunded him the cash and cancelled the loan, NatWest refused to pay out.

After Watchdog contacted NatWest the bank reversed its decision in both cases. Watchdog presenter Steph McGovern said: “Calling customers negligent just doesn’t wash. You’ve not been negligent if you’ve been conned, there’s no way you’d have let a fraudster anywhere near your cash if you’d known they were lying.”

A NatWest spokesperson said: “Fraud and scams are becoming increasingly sophisticated and challenging for customers, so we are working harder than ever to keep our customers safe and secure. For instance, in recent months we have increased the warnings to customers making transactions on the app and online; updated our app; increased alerts to customers and continued to invest heavily in our security features for the protection of our customers. Since February, we’ve carried out additional checks on more than 11,000 payments and stopped £8.7million of potential scam payments after alerting our customers.”

When making a purchase, be suspicious of any requests to pay by bank transfer or virtual currency instead of safer methods, such as credit card or payment services such as PayPal.

Listen to your instincts: If something feels wrong then it is usually right to question it. Don’t pay for goods or services unless you know and trust the individual or business.

Personal information obtained from data breaches is making it increasingly easier for fraudsters to create highly targeted phishing messages and calls – watch out for these.

You shouldn’t assume the caller is genuine just because they’re able to provide some basic details about you.

Always be suspicious of unsolicited requests for your personal or financial information.