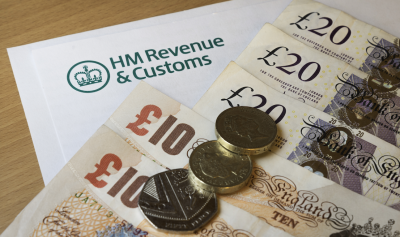 Heartless fraudsters are targeting victims threatening them with immediate arrest if they don’t hand over £1,000s immediately.

Fraudsters have been targeting victims claiming to be from HM Revenue and Customs, and the UK Tax office says it have received more than 60,000 reports of scam calls in the six months leading up to January 2019. They say this is an increase of 360% compared to the previous six months.

How the scam works

HMRC have long warned about fake tax related scam calls. Fraudsters posing as HMRC use many different tactics to extract money from victims. However, HMRC say that there has been a sharp rise in the amount of scam calls being made to victims over the past six months. One scam that is of particular concern to them, involves scammers ringing victims and telling them they are about to be arrested if they don’t pay up immediately.

The fraudster will ask them to confirm personal details, like postcode and names and then demanding an amount be paid to them immediately. If the victim protests the fraudster will have a series of worrying explanations at the ready to convince people, this is a real threat. A number of complaints from victims, details how they are then told that police will be despatched to their address immediately if they do not comply with making an immediate payment.

Many vulnerable people have fallen victim to this scam over the previous six months and persuaded into handing over their bank account and credit card details. £1,000’s are then taken from individual victim’s accounts and filtered through various bank accounts abroad. Another reason the calls seem so legitimate is because the fraudsters use technology known as Spoofing, which enables them to display the legitimate number for HMRC to the caller.

A spokesperson for HMRC said: “We will only ever call you asking for payment on a debt that you are already aware of, either having received a letter about it, or after you’ve told us you owe some tax, for example through a self-assessment return. We work relentlessly to close scams down and make people aware of them. HMRC has a trusted brand which can be abused by fraudsters to trick people trying to fulfil their legal obligations. We have invested heavily in protecting taxpayers against scams and anyone who suffers financial loss as a result of one should inform Action Fraud.”

HMRC has issued the following guidance to people to stop them getting caught out:

Recognise the signs. Genuine organisations like banks and HMRC will never contact you out of the blue to ask for your PIN, password or bank details.

Stay safe. Don’t give out private information, reply to text messages, download attachments or click on links in emails you weren’t expecting.

Take action. Forward suspicious emails and details of calls claiming to be from HMRC to phishing@hmrc.gsi.gov.uk and texts to 60599, or contact Action Fraud on 0300 123 2040 if you suffer financial loss.