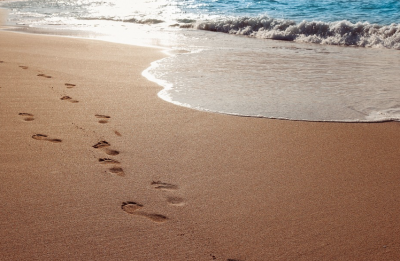 Police in Canada have issued a warning to timeshare owners following complaints by scared residents.

Police in Canada have issued a warning to residents looking to sell their timeshares in Mexico, to be aware that scammers are targeting locals. The fraud department has said that they have seen an increasing number of sophisticated frauds targeting timeshare owners who have interests in Mexico. They started to investigate at the beginning of the year after a series of complaints, where they say victims have lost thousands of dollars.

They say the scam involves owners being contacted by someone claiming to be from an international real estate agency who have buyers ready to purchase the timeshare units based in Mexico. These claims appeared to be legitimate as online searches led to a company website, which all seemed above board.

Those operating the scam, claimed they a had buyer ready to purchase the timeshares. They even sent legal documents to be signed, before asking for wire transfers to cover legal fees, taxes and other closing costs. They continued to con victims a second time, claiming the first buyer had fallen through but they had another buyer in place, in order to continue extorting payments for legal fees and closing costs from their victims.

Police say that when the victims realised they were being scammed and stopped paying the requested fees, they all received calls from someone claiming to be a Mexican Prosecutor. They were then threatened with legal action, claiming several people had been arrested, and they would be too if they didn’t transfer money straight away.

Police issued the warning to residents urging them to exercise extreme caution when approached by anyone claiming to have buyers ready to purchase their timeshares. “The Mexican Timeshare Scam is a common scam across North America,” Stated police in a press release. “Police would like to remind owners of properties outside Canada that proper due diligence should be undertaken when selling a property, including consulting your bank and a lawyer.”

You could get a call out of the blue asking you to sell your timeshare and they have buyers ready for your highly sought after timeshare. They may even offer you a large profit, the only catch, you have to pay a fee for this service. More than likely this will be an Escrow Fee, which you can recoup when the sale has gone through. Owners will be asked to transfer funds into a legitimate Escrow account, it is actually owned by the scammers but will look genuine. This is a very profitable scam running in Mexico, the many people who do send their Escrow Fees, never ever see their money again and are still stuck with their timeshares. To make matters worse, and to continue the con, the scammers will send authentic looking documents to their victims, and often the owner does not realise they have been scammed for quite some time.

Incredibly, some owners have been cold-called and informed that a branch of the Mexican government has set up a fund to reimburse victims of timeshare fraud in Mexico, and they are eligible for a claim, they even have documents to prove it. Another massive scam, there is no such scheme in Mexico.

How to spot a timeshare scam:

They may claim the Mexican government is offering to reimburse victims of timeshare fraud, 100% untrue. They will ask you to transfer a few thousand to pay a tax to allow them to open a Mexican account in your name.

They will request funds to be transferred in ways that are difficult to trace, such as cashiers cheques and money orders.

The scammer will ask you to transfer funds into an Escrow account, this will be for transfer of deeds fee, none of the services they promise will occur and you will never see this money again.