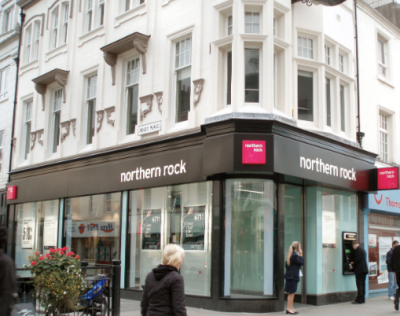 Thousands of homeowners thought they had been saved during the financial crisis, as the government agreed to step in and take over their mortgages. Despite this, some ten years later, thousands of former Northern Rock customers are still stuck with high interest mortgages. These mortgages were taken over by a private equity fund called Cerberus 2 years ago. Cerberus told the government it planned to offer homeowners better mortgage deals, something they have failed to do.

A new Panorama programme explains how the government has yet to do anything about this and to hold Cerberus to account. The problem is that bad that some homeowners have had to sell their homes. When Northern Rock collapsed, it left homeowners trapped on interest rates of 5%. This is around three times higher than the average market rate and has left people struggling with debt.

In 2015, the government announced it was selling the Northern Rock mortgages to the American private equity firm. It sold them to Cerberus on the condition that it offer homeowners better mortgage deals to replace the Northern Rock 5 % interest mortgages, but this never happened. The FCA told Cerberus it couldn’t offer homeowners better deals until it put the appropriate regulators in place, but they still have not done that. This has left homeowners stuck on the old interest rates and thousands of pounds worse off.

Since 2014, mortgage lending rules have been massively tightened and lenders now have to go through your income and outgoings with a fine-tooth comb. Nevertheless, what about the hundreds of thousands of Brits stuck on high interest mortgages ? In May of this year, the Financial Conduct Authority called for reforms of the industry to make it easier for people to move to better deals. One option is a voluntary scheme which would call on mortgage lenders to approve applications for a new deal from existing customers, whose recent mortgage was taken out before the financial crisis and, who are up-to-date with their payments.

The regulator also found about 30% of all mortgage customers are failing to find the cheapest offer, typically overpaying by £550 a year. The FCA wants to make it easier for borrowers to work out which mortgages they qualify for, so they can compare the costs of different loans.

Christopher Woolard, director of strategy and competition at the FCA, said: “For many, the market is working well, with high levels of consumer engagement. However, we believe that things could work better with more innovative tools to help consumers. There are also a number of long-standing borrowers that have kept up-to-date with their mortgage repayments but are unable to get a new mortgage deal; we want to explore ways that we, and the industry, can help them.”