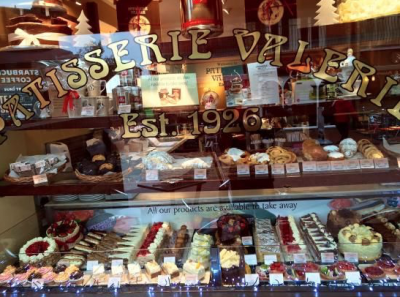 Three thousand jobs hang in the balance as troubled chain Patisserie Valerie collapsed into administration. The company has been struggling for survival since October, when a massive accounting fraud was uncovered leaving it with a multi-million pound debt.

Some 70 stores have already been told that they are closing more or less immediately, this is going to cause a significant number of redundancies.

The chain has released a statement saying that it did not have enough money to meet its debts. The biggest shareholder and chairman, entrepreneur Luke Johnson, had been in talks to extend a cash lifeline from HSBC and Barclays. Mr Johnson has personally extended an unsecured, interest-free loan of £3 million to help ensure that the January wages are paid to all staff working in the business. The loan will also assist the administrators in trading as many profitable stores as possible while a sale process in undertaken.

Finance director, Chris Marsh, has been arrested after financial irregularities were uncovered, and also under investigation is former auditors Grant Thornton. Patisserie Valerie said it had found extensive misstatement of its accounts and very significant manipulation of the balance sheet and profit and loss accounts. This includes thousands of false entries in its ledgers.

Administrators KPMG said 121 stores will remain open while a buyer is sought. They said in a statement: “Our intention is to continue trading across the profitable stores, as collectively, the brands have a strong presence on the high street and have proven very popular with consumers. At the same time, we will be seeking a buyer for the business and are hopeful of a good level of interest. Unfortunately, however, we have had to take the difficult decision to close 70 stores resulting in a significant number of redundancies. We will be working with those affected employees, providing all support and assistance they need.”

Patisserie Valerie is a chain of Cafes that specialises in hand-made cakes, it first opened in 1926 in Frith Street, central London by the Belgian Madame Valerie. It was bought by the Scalzo brothers in 1987 and grew to nine branches, including shops in Piccadilly and Kensington.

In 2006, Luke Johnson acquired the Scalzo brothers controlling stake in the company and the chain began to expand rapidly since 2006, growing from eight shops in 2006 to 192 as of May 2017.