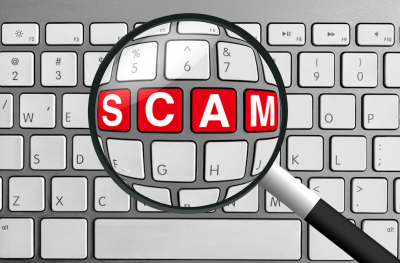 A man claiming to be from the Office of National Statistics knocked on the door of an elderly woman from London, claiming she had not filled in her Census form on time and demanded she hand over a £500 fine.

The conman explained that she had a legal obligation to complete the Census and could face a fine of £1,000 as the deadline had already passed. However, this is untrue, as homes across England and Wales have been asked to fill in the Census not before the 21st. It is a legal offence to ignore the survey, which is conducted every 10 years and there is a penalty for not doing so, but scammers have been using it as an opportunity to victimise elderly and vulnerable people by scaring them into paying up fictitious fines.

The scammer on this occasion, explained to his victim he would reduce the fine to £500 if she paid up there and then and handed him a completed survey, according to The Mirror newspaper, she did not have cash and offered the man a cheque which he asked her to make out as ‘cash’. She later discovered she had been the victim of a scam when she explained to a family member what had happened. Unfortunately, by the time the scam was discovered the conman had already cashed the cheque and she lost her £500.

The National Census is another opportunity for scammers to target people and they have been doing this in a variety of ways. Many victims have been contacted in a door-to-door scam and although most have not handed over cash, vulnerable people are more likely to be intimidated and frightened by the threat of a fine. Fraudsters have also been targeting people online with email and phishing scams, malware attacks, social media scams and fake census job postings. An example of this is a phishing email is sent or a text asking for follow up information after completing he online form. Those messages appear to be legitimate but contain links to fake sites that are used to steal your personal information.

The National Census 2021 forms have already been sent out to each household and contain a unique household number which you type in online, it will never be done over the phone, by text or email. The census will only ask you for your date of birth, occupation and where you live. You will not be asked for your National Insurance number or any financial information, so if you are then it is likely to be a scam and you should report it to Action Fraud.