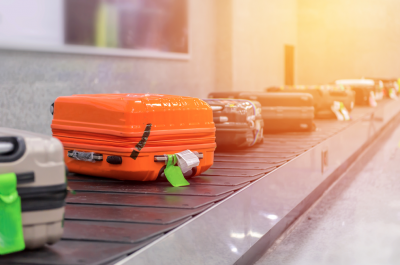 Hundreds of passengers flying from East Midlands Airport took off from the airport, but their luggage stayed behind.

The passengers flying from the airport didn’t know a technical issue meant their bags did not board the flight. The airport has apologised for the issue and said the fault is now fixed. However, travellers were furious about the incident and took to social media to blast the airport.

One blogger wrote: “Absolute chaos for all flights leaving from East Midlands Airport today, failure of baggage belts and numerous flights leaving without bags, ground crew at arrival airports next to useless”.

Another wrote: “East Midlands Airport having massive problems with luggage belts today and 52 cases missing from our flight to Lanzarote, one of which is ours, an absolute nightmare start to our family holiday !!! I’m absolutely devastated”.

According to local paper Leicestershire Live, one of the conveyer belts transporting luggage to the airport broke early Saturday morning and the second belt became overloaded and also broke down. It caused a massive backlog of luggage which staff struggled to deal with and caused further hold-ups.

Following a backlash from passengers, East Midlands Airport released a statement: “A baggage systems fault at East Midlands Airport has resulted in some passengers departing without their baggage. We understand the significant inconvenience that this will cause to people who want to enjoy their holiday. Together with airline ground handling teams, we are working hard to reunite all affected passengers with their luggage as quickly as possible. Luggage left behind will be on the next available flight to those destinations where people are affected. We apologise unreservedly to all passengers who have been affected by this fault today. Departing passengers are advised to allow extra time to pass through the airport while we work to fully restore the service”.

An Airport spokesperson also said that all bags had now been returned to passengers who were affected.

This couldn’t be worst timing for passengers, as it has happened at the beginning of the peak holiday season. It also follows reports that other UK airports are struggling with issues, that are sure to affect more passengers over the country.

Easyjet passengers faced huge queues at Luton Airport this week, after a technical fault meant self-check-in counters failed to work. The fault was due to a problem with the automatic bag drop for those who check in online.

Many passengers were angry and feared they would miss their flights.  A spokesperson for the airline told Sky news that the issue was due to external factors, such as air traffic control strikes.

And further strikes are set to continue; a planned walkout by baggage handlers is planned for 20 July and another on 22 July.

In addition to this, security workers at Manchester Airport are also planning strikes, which threaten to affect thousands more holidaymakers. Workers are unhappy with new rotas, which mean staff are forced to work longer hours, including weekends and affects around 1,200 workers.

The advice, check with your airline before leaving home to see if your flight has any disruptions. If you do experience flight delays, you may be eligible for compensation :