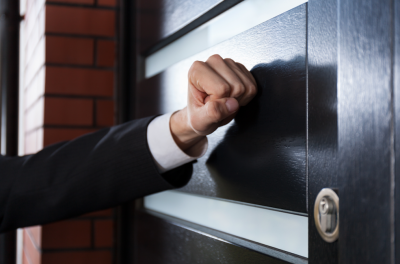 Police in Cheshire have issued a warning to residents after they received a report involving a male who entered an elderly persons home demanding money.

The fraudster claimed to be a senior consultant for a timeshare company, he claimed that the elderly victim owed the timeshare company £6000. Fortunately for the elderly resident, a neighbour had called round at that time and realised that the man was a con artist. Luckily the man left, realising he had been caught, and on this occasion no money was handed over.

Police are warning residents never to let unknown persons into their homes and to never buy goods and services at the door. They also want local’s to keep an eye out for their elderly neighbours and relatives, and if they think anyone is being targeted to call police.

Research carried out by Action Fraud and the National Intelligence Bureau has revealed that those suffering from mental health issues, an impairment and social issues or with a disability, are more likely to be susceptible to certain types of fraud. And most worryingly, the two organisations believe that fraud amongst vulnerable people is vastly under-reported.

The fraud types Action Fraud and the National Intelligence Bureau have identified are, advance fee fraud, abuse of trust and doorstep fraud. People aged 60 and over are also more likely to fall victim and loneliness can also make people more vulnerable to fraud. Action Fraud is working closely with its partners to understand the threat to vulnerable people and is urging people to spot the signs of scams to protect themselves.

Pauline Smith, Director of Action Fraud said: “We work tirelessly to understand the threat from these frauds in order to stop this from happening in the future. Fraudsters are cruelly targeting the most vulnerable people in our society to make them part with their cash and personal details. It is vital that you are aware of these frauds and how to spot them and if you think you, or a friend or family member, has been a victim, report it to Action Fraud.”

The types of crimes Action Fraud and the National Intelligence Bureau want to highlight to members of the public are the following:

Doorstep Fraud: Those with failing cognitive ability were found to be more at risk victim to doorstep traders, who demand payment for non-existent services. Fraudsters will often try to convince a vulnerable person that they had work done, or into accepting substandard maintenance.

Advance Fee Fraud: Receiving unexpected phones calls, emails and unsolicited letters without anyone to speak with immediately can make it difficult to make an informed decision on what to do. People who live alone with little support, friendship or someone to turn to, could find themselves more easily bullied or manipulated into making payments to fraudsters. Those who are recently bereaved are particularly vulnerable to being influenced into making a payment.

Unsolicited Visits from a door-to-door salesperson: Do not immediately agree to any offer that involves an advance payment or having to sign a contract on the spot. Always speak with a friend or family member first.

Advanced Fee Fraud: Don’t assume an email, phone call or letter is authentic. Just because someone knows your basic details (such as your name and contact details) it doesn’t mean they are genuine. Never respond to messages or calls that ask for your personal or financial details.

Abuse of Trust: Make sure you have complete confidence in anyone you entrust with your finances. If you notice any unauthorised transactions on your bank account or credit file, notify your bank or card company.