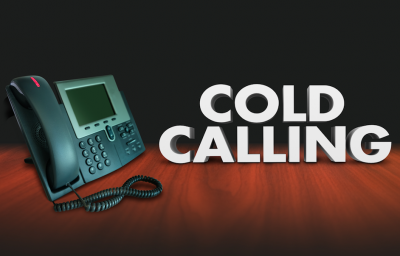 The Information Commissioner’s Office has fined a funeral plan firm for making unlawful marketing calls to people who had registered their numbers on a do not call list.

The ICO launched an investigation into Plan My Funeral Avalon after a national newspaper reported allegations of illegal practices. The investigation found that the company had made nearly 52,000 calls to people who were registered with the Telephone Preference Service between 1 March and 20 November 2017. The ICO has since fined the company £80,000 for making the unlawful marketing calls.

In light of this company’s actions in targeting elderly people, the ICO are asking members of the public to support their elderly relatives and neighbours, if they are being subjected to nuisance marketing calls. It is against the law to call people who have registered their numbers with the national do not call list, known as the Telephone Preference Service, unless they have given their specific consent to do so.

Plan My Funeral Avalon Ltd, who later changed their name to Avalon Direct Limited, said they had purchased the call list from a third party lead provider, but had no specific consent to call people registered on the TPS. The company failed to carry out proper due diligence or check the numbers against the TPS register.

The investigation also found that two of the company’s directors at the time of the incident, had previously been involved in an unconnected ICO investigation. This separate incident was another case of a company carrying out unsolicited direct marketing calls. The two individuals involved were also the directors of the lead generator company used by Plan My Funeral Avalon Ltd. The ICO believed they would have been fully aware of their legal obligations surrounding direct marketing, consent and the rules in relation to the TPS register.

Enforcement Manager at the ICO, Andy Curry said: “The funeral plan industry has been on our radar for a while and it is fair to say the sector as a whole has had some issues in terms of complying with the law. That’s not always reflected in volumes of complaints, however, because the very nature of this particular sector means the people being targeted for funeral plan sales may be older, potentially more vulnerable and may not be as technology savvy or as active online.

We would ask people to speak to their older relatives, neighbours or friends and make sure they are registered with the TPS. If they have still been getting nuisance calls, they can help report these calls to us as this helps us build up intelligence on companies and sectors where we need to take action.”

What is a nuisance call ?

A nuisance call or cold-call is an unsolicited telephone call from a business seeking to attract new customers. Cold Calling is not illegal, however, there are restrictions on how and when a marketing cold-call should be made. The new GDPR regulations along with the ICO’s Privacy and Electronic Communications Regulations tighten up these restrictions, and as from 25 May 2018, any organisation involved in cold calling will have to abide by strict guidelines or face hefty fines. The only instance where you can be lawfully cold-called is if you have given consent before being contacted.