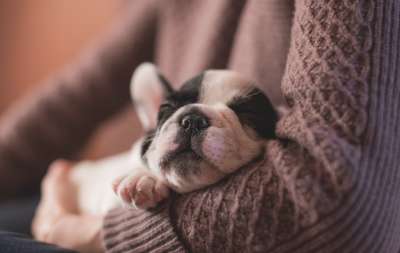 Two people who ran a puppy farming scam have been jailed for selling sickly and diseased puppies, claiming they were bred in a family environment.

The two appeared in Norwich Crown Court and admitted conspiracy to commit fraud by false representation between June 1, 2016 and June 18, 2018. The court heard how the puppies were kept in a filthy state even though they were advertised for sale as family bred dogs.  Michael Rushmer and his sister Zoe, a mother of 4 and her partner Jacob Murphy ran the scam, and Michael Rushmer admitted continuing the offending while on bail.

Police raided a property in 2017 and found dogs in cages, some left in pitch black conditions and others locked into a hot caravan. Police say some of the dogs died within days of being sold to new owners.

In court the judge told the mother of four: “It’s your children and only your children that have spared you from going to prison.” He then went on to describe the fraud, which started at least as early as 2015 as striking at the heart of this nation’s love for its pets, dogs in particular. He want on to say: “A family’s decision to buy a puppy is not one that is ever taken lightly and to sell people sickly and diseased dogs, so poorly that many do not survive, is about as callous and meanspirited a fraud as I have come across for some time.”

In court, Michael Rushmer was described as the ringleader and his sister Zoe as his deputy. The court heard how Zoe even involved her own children in the scam to legitimise the fraud. The fraud netted them £300,000 as the price of a new puppy was an average £675.

Statements were provided by 31 people who had purchased puppies from them, they described how their new pets looked lifeless and ill and some had even died within days of arriving at their new homes. Some were even diagnosed with highly contagious diseases. When one buyer complained to the fraudsters, they blamed him and said it was due to their own negligence that the puppy had died and refused to help with the £2,000 vet bill.

Earlier this year, Future pet owners were warned about a new online fraud that has scammed victims out of £3 Million. Action Fraud issued a warning that between March 2012 and April 2018, 5066 reports were made to the National Fraud and Cyber Crime Reporting Centre. Victims reported losing £3129,273 during this time, an average of £40,640 per month.

How does the scam work?

Fraudsters are advertising pets and pet accessories on online marketplaces, at a lower price to attract customers. They then demand payment in full or a deposit for the animal via bank transfer or electronic wire. Fraudsters then tell victims that the animal is located in a faraway or remote location which is difficult to travel to, preventing victims from visiting their future pets.

Action Fraud say that in some cases fraudsters are requesting further fees from victims, to pay for animal travel insurance, documentation or special travel cages. Fraudsters promise to refund these extra fees once the animal is delivered, however, no money is ever returned and the fraudster will cease all communication with their victims.

Action Fraud have issued the following advice to avoid being scammed:

If you are purchasing goods and services from a company or person you don’t know and trust, carry out some research first, or ask friends and family for advice before completing a purchase. Remember, if an offer seems too good to be true, it probably is.

Avoid paying for goods and services by bank transfer as that offers you little protection if you become a victim of fraud. Instead, use a credit card or payment services such as PayPal.

Ask for photographs or videos of the animal. A responsible seller will understand why the buyer wants photographs and more information before making a purchase.

Use the online marketplace’s report function if you come across suspicious adverts or sellers.

Sellers offering to meet you halfway, seems generous but you should only buy the puppy directly from the place where he or she was born and raised.

When buying a puppy, you must insist on seeing the puppy interacting with its mother and littermates in the location where they were bred and reared. Try to visit the puppy more than once too.

A report from Action Fraud and the National Fraud Intelligence Bureau (NFIB) shows that 61% of victims were female and 22% of victims were 20 – 29 years old. It also shows that 31% of people said falling victim to this type of fraud had a significant impact on their health and financial wellbeing.

The report suggests that fraudsters are targeting victims who wish to buy popular breeds. The highest number of reports related to pugs – 224 reports were made between January 2012 and May 2018, with victims losing £76,451.

Fraudsters are also offering pet-related products for sale which don’t exist or are not as described. Equine accessories accounted for 92% of monetary losses. Between January 2012 and May 2018, 368 reports were made which concerned a horse box or trailer. The total reported loss was £1,145,369 with an average loss of £3,112 per victim.

The new Animal Welfare (Sentencing) Bill would mean that people who hurt animals could face up to five years in jail, instead of the current six months. The toughest jail sentences would be for dog fighting, hurting puppies or kittens and failing to look after farm animals.

The Environment secretary Michael Gove said: “There is no place in this country for animal cruelty. That is why I want to make sure that those who abuse animals are met with the full force of the law.”

He also said the new law would bring in some of the toughest punishments in Europe for animal cruelty. The new bill would work alongside Finn’s Law, which helps give more protection to service dogs and horses. Finn’s Law was named after the German shepherd police dog who worked alongside PC Dave Wardell.

Finn was attacked and injured whilst working, and his handler Dave campaigned to introduce a new law which would help protect service animals, and bring tougher punishments to people who hurt them. The duo appeared on Britain’s Got Talent to raise awareness of the bill, and they made it through to the finals, where they revealed that Finn’s Law would be passed.