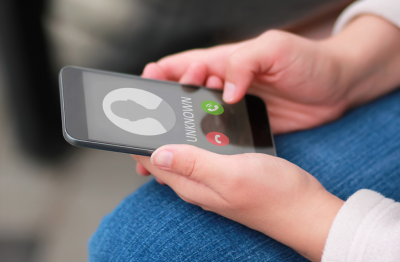 One woman from Wales is speaking out after she was conned and forced into debt.

The mother of one was the victim of a romance fraud, which Action Fraud have warned are becoming more and more common, in fact, romance fraud has grown by nearly a third in the last year. She now wants to speak out about falling victim to this type of crime and how easily it can happen. She told the BBC Wales programme: “I just felt like I was emotionally blackmailed.”

It all started when her mother, who lived alone and was looking for companionship began an online relationship with the man, who said his name was Jean Marc. The relationship continued for some time, but eventually the man started to ask for money. He claimed he needed help after being robbed on a business trip to the Ivory Coast, this is when her daughter became suspicious. She said: “I said to my mum don’t you dare send him any money. I said he’s a scammer.”

She then began to speak to the man herself and started to believe his stories. “His voice was so lovely, so soft. He started with his stories and my heart just melted.” She continued to question him but he had answers for everything, he even sent her a photo of himself in a hospital bed.

She was totally convinced he was telling the truth at this point and sent him €800 and went on to make a further 21 payments to him, the total cost of this was £40,000. She is now left in masses of debt and has little to no hope of ever seeing any of her money back. But the hardest part came, when she had to tell her husband what she had done. “I just couldn’t cope, it was killing me that he didn’t know. When I told him he didn’t even look at me. He only said I can’t believe you were so stupid. I just felt like I was emotionally blackmailed, I hope people will think twice before they believe in all the lies of the scammers.”

Police later confirmed that the man claiming to be Jean Marc had stolen the identity of a Frenchman and his face had been used to create hundreds of fake profiles online and on social media. Investigating officer PC Neil Cooper told the BBC programme: “It’s easier nowadays to steal money sitting behind a computer screen than it was in the bad old days to go out and burgle somebody’s house, it’s far easier. It’s so anonymous. The effect it has on the victims is devastating, it affects their lives, it makes them depressed, it makes them feel totally foolish. It’s a really despicable act to do.”

Romance scammers use companionship and friendship to target victims. Their end goal is to obtain money from you, getting you to pay for goods or services. They communicate with you, using social media networks, online forums and internet dating sites.

What to look out for?

They may ask you to communicate offline using instant messaging, texts or phone calls to develop a strong emotional relationship. They will ask you a lot of personal questions and rarely divulge anything truthful about themselves. They may ask you for money, stating they are experiencing financial difficulties through no fault of their own. They will make arrangements to meet you, cancel at the last minute, you will probably never meet these people face to face.

How to prevent yourself from becoming a victim?

Romance Fraud happens when a victim is tricked into thinking they have entered into a genuine relationship with someone they have met via a dating app, online profile or through social media. In reality, the victim is unknowingly communicating with a fraudster, who’s only intention is to gain enough trust to then steal their money, personal information or even identity.

The report also showed that the average age of a romance fraud victim is 50 and that 63% of dating fraud victims are female who lose twice as much on average than males. It is thought that these numbers do not accurately represent the true scale of the problem, as most victims feel embarrassed or ashamed to have fallen victim and never report it to the authorities.