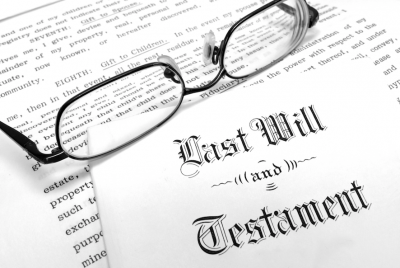 The Financial Conduct Authority has fined Banking giant Santander £32.8 Million for serious failings when dealing with its probate and bereavement process. Over 40,000 customers were directly affected because Santander did not transfer funds totalling over £183 million to beneficiaries, when they should have done. The FCA say Santander also failed to disclose information relating to the issues with the probate and bereavement process to the financial regulator, after it became aware of them. Between 1 January 2013 and 11 July 2016, Santander failed to properly organise and control its probate and bereavement process. Therefore, the lender failed to fairly treat its customers and those who represented them after they died. Weaknesses in the bank’s processes meant it did not always identify all of a deceased customer’s funds. As a result, it did not effectively follow up on a number of cases, which increased the likelihood that they were left open. Santander said relatives can now notify the bank of a death in branch, via post, over the phone or via an online tool. It has set up a dedicated bereavement team who have received specialist training which manages all cases from beginning to end.

1. Reduced its ability to effectively identify all the funds it held which formed part of a deceased customer’s estate;

2. Resulted in it failing to effectively follow-up on communications with deceased customer representatives which increased the likelihood of probate and bereavement cases not being closed; and

3. Led to it ineffectively monitoring open probate and bereavement cases to allow it to determine whether cases had progressed to closure.

These weaknesses meant the probate and bereavement process would start but:

2. Certain funds belonging to deceased customers would not be identified and transferred to those who were entitled to them who were unaware of the existence of those funds.

Mark Steward, Executive Director of Enforcement and Market Oversight at the FCA, said: “These failings took too long to be identified and then far too long to be fixed. To the firm’s credit, once these problems were notified to the board and senior management, they were fixed properly and promptly. But recognition of the problem took too long. Firms must be able to identify and respond to problems more quickly especially when they are causing harm to customers. The FCA will continue to be on the lookout for firms with poor systems and controls and will take action to deter such failings to ensure customers are properly protected.”

Santander said in a statement that it apologises to the families and beneficiaries of the customers. It’s now transferred most of the funds in the effected accounts to the right beneficiaries and paid compensatory interest, it said, and has improved its systems.