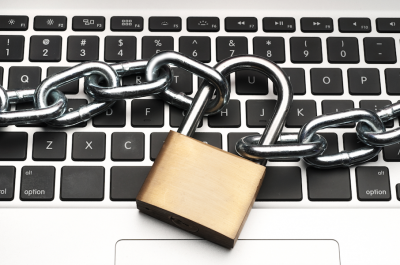 A Terminally Ill woman and her husband have lost £53,000 in lifesavings to scammers who posed as Santander Bank staff.

Carol and John Williams, both in their 60’s, were planning to use their life savings to purchase a new property, after Carol Williams was diagnosed with terminal lung cancer.

The scammers called Mr Williams on his mobile phone. Mr Williams was not alarmed by this, at first, as the number appeared on his phone screen as Santander Bank.

“They told me £15,000 was being taken out of my account by a Stephen King in Dundee, they said they needed remote access”.

Mr Williams, who had recently sold his house in Tenerife, went online and gave remote access to his account to the caller.

Mr Williams Said, “I said to him that nothing had been taken out of the account and he told me they had been pre-authorised to go out the next morning”.

Mr Williams than became suspicious, “He said they would make a J Williams safe account, I thought this wasn’t right so I rang Santander on my mobile”.

Santander Bank confirmed to Mr Williams that the call hadn’t come from then and put a stop on the account.

The fraudsters, unbelievably, called Mr Williams a second time trying to get more cash, but, by this time, Mr Williams had called the police.

A Spokesperson for Gwent Police said, “It was reported that on May 10 at approximately 6pm the victim received a call from a man purporting to be from Santander Bank. Following several security questions the caller went on to say the victim has had an unauthorised transaction of £15,000 from his account online. The caller then gained remote access to his computer to remove the virus. Since this, two withdrawals of up to £53,000 has been taken from the victims account”.

Santander Bank said that, as Mr Williams had given out his passwords, they could only refund £1,000 of the £53,000 they had stolen.

A spokesperson from Santander Bank said, “We are sympathetic to Mr and Mrs Williams situation and to all who suffer distress at the hands of criminals who carry out scams. We continue to work closely with the authorities, other partners and the industry who combat fraud, as well as helping the police to ensure the criminals who cause such misery are bought to justice”.

Advice on Spotting a Scam: There are many different ways in which scammers target people, these can include – online, by phone, by post or in person. Scammers try to get your personal details to get money from you or steal your details so they can pretend to be you.

If you think someone might be trying to scam you:
1. Never give anyone personal information like bank details, computer passwords or PIN numbers.
2. Never reply to their emails or click on any links.
3. Never download any attachments or files in emails.
4. Never send them any money or buy anything from them.
5. Never ring any numbers in emails or letters you receive.
6. Never let them in your house if they are at your door.

If you have lost money because of a scam, no matter how big or small, report it !