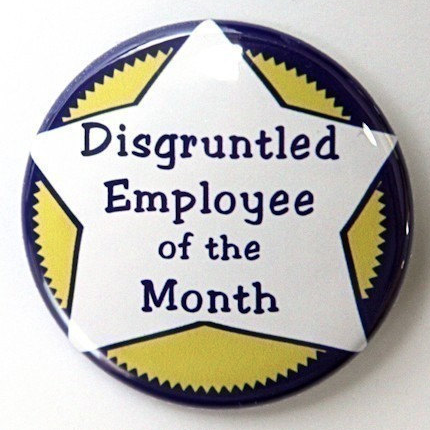 Staff members working for the Financial Ombudsman Service have been flooding Glassdoor with negative reviews.

Glassdoor is the ‘TripAdvisor’ of the employment sector, where staff are able to rate past and current employers out of five stars. They can also leave comments on their experiences and many have taken the opportunity to vent on what working at the service is really like for staff.

According to Glassdoor ratings, Chief executive Caroline Wayman has an approval rating of just 9 percent and its not hard to see why, when you read just handful of the comments left on the site from disgruntled employees:

“Get ready for micromanagement, more targets than a dodgy sales company”.

“I would offer advice to management, but I don’t think they care or really want to listen to staff, so I won’t waste my time”.

“The place has been dismantled to the point of no return. Having said that we are a day closer to the CEO being sacked”.

“I can genuinely say I felt bullied, marginalised, humiliated and helpless at FOS. It has become a nightmare for its staff, a laughing stock across the financial services industry and, even worse, public confidence has been shattered”.

“The board are completely to blame here for allowing an inexperienced group of old buddies take over the executive level at FOS. Start to communicate with staff better, they aren’t the enemy. You need to recognise that the only value the FOS has to the outside world is experience and knowledge, that is what you are selling to your customers. Focus on that and try to avoid another situation where hundreds of combined years worth of experience walks out the door, leaving a huge knowledge gap”.

“Lack of transparency, lack of opportunities outside of your role, favouritism, lack of progression, poor management structure, stagnant work, becomes repetitive and boring. A complete restructure of the whole organisation is required. Your staff are extremely unhappy and dissatisfied”.

“The system generally favours firms. Mostly they have cash, know-how, documents and sometimes off-putting (soul destroying) procedures. People have lost life-savings in some cases. I want to have faith that I can rely on FOS to help me if I ever need it”.

Not one of the reviews left on Glassdoor gave the Ombudsman a five star rating. Of the 50 reviews posted on the site, 34 of them gave a 1 star rating.

A spokesperson for Glassdoor, said: “The average company rating is 3.3 out of 5, so a 1.8 for FOS is well below other employers. What is concerning for FOS is that just seven percent of employees have a positive outlook for the service, this is going to seriously affect their ability to recruit and retain top talent, which then of course impacts their ability to deliver a good service to consumers”.