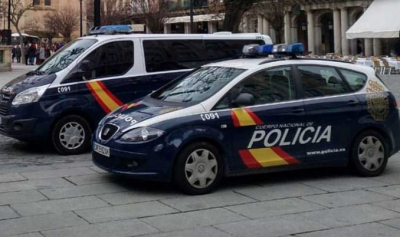 Police in Spain have released a statement saying 3 people have been arrested and 6 more will be charged after an investigation into a fraudulent timeshare exit company.

Police say the fraudsters were posing as legitimate lawyers but instead of carrying out any of the services they claimed to offer, they defrauded more than $130,000 from victims. 3 people have been arrested in connection aged 25, 30 and 55, from Italy and the UK. According to Superior Police Headquarters of the Canary Islands the three individuals have been detained in custody for three counts of fraud and belonging to a criminal organisation.

An in-depth investigation began in February 2018 after police received complaints from British timeshare owners. The investigation revealed the identification of the individuals involved in the fraud, six members of the scam could not be detained as they do not live in the area and police are unsure of their whereabouts.

The investigation also found that the fraudsters had obtained a list of timeshare owners through the black market and began a telemarketing scheme to lure in potential victims. They falsely told owners that they were qualified lawyers and those called were told they could get their money back through the legal process. They told victims that for a fee they could return all money owed to them and they would also be free from their timeshare obligations. Once victims agreed to be represented by this firm, they sent them various false documents. They continued the fraud by claiming that further fees were necessary in order to continue negotiations, but that all money would be returned to them on completion.

Police say the scheme netted fraudsters €130,000 and when they received money from their victims, they moved it around to other accounts and it was then transferred the head of the fraudulent scheme.