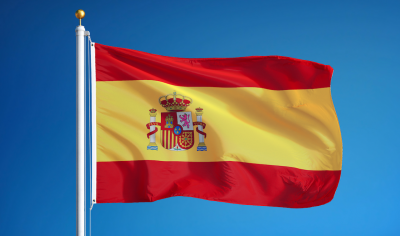 Have you seen the great news about the Spanish timeshare cases?  Well, if you haven’t then you really must read all about it, but we’ll give you an abridged version of what it’s all about and what you have missed so far.

Rumour has it that the Spanish courts have been busy finding in favour of timeshare owners for the mass mis-selling of timeshare across Spain in recent years.  It’s true, and it’s news widely reported across the World Wide Web.  Timeshare owners are being awarded millions of pounds in compensation and being reimbursed the money they originally paid for their timeshare in the process, some are reportedly even getting double their money back, so it is being widely reported.  The Spanish lawyers are being touted as heroes as they succeed in one case after another.

Many self-professed timeshare termination experts in the UK are peddling the Spanish timeshare claims concept, employing the services of Spanish lawyers demanding hefty upfront fees to guarantee success in the Spanish courts.  We hear about all these victories and the amount of money being awarded by the Spanish courts to these timeshare owners, however, what is lacking is evidence of all these people shouting from the rooftops about the money they have just received back from the timeshare companies.  The reason for this is, these victorious Spanish claimants are NOT receiving a solitary euro in respect of the judgement they have just paid a Spanish lawyer a considerable amount to obtain in their name.

The truth of the matter is, the Spanish courts have now found in favour of the timeshare owner in many matters, and the precedent is now set. However, a judgement on court letterhead that doesn’t convert to hard cash is of little use to anyone.  The legal action has been instigated against the timeshare resort and whilst there may be an order to pay, the timeshare companies are NOT paying the judgement debt which means enforcement action is required and this is where the problem lies.  Enforcement proceedings are expensive and uncertain and whilst the concept of gaining a favourable judgement is accepted, the prospect of turning that judgement into money is far from certain, and that is where the majority of UK timeshare owners who have taken action in the Spanish courts find themselves today.  Sitting haplessly with a useless piece of paper having spent out even money in the hope of a just return of their money but bitterly disappointed with a hollow victory little or no prospect of receiving there award.

The people to have gained throughout the process is the Spanish lawyers and the ex-timeshare sellers who have likely to have fleeced you, the timeshare owner, out of a substantial amount of money for a referral to a Spanish lawyer on the promise of a financial windfall.