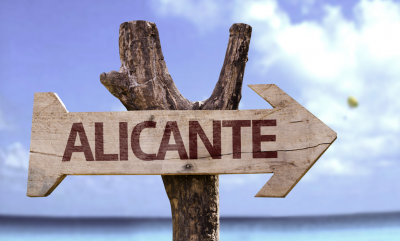 Sisters Sammy and Sylvia booked a 3 night stay in Alicante, through Teletext Holidays, to celebrate their mother’s 55th birthday.

When the 3 arrived at Alicante Airport, they were told that their hotel was a €350 taxi ride away, or 7 hours by public transport. They thought Teletext was a good place to find a reasonably priced short break. They spoke with Teletext over the phone and specifically asked for a hotel near to Alicante town centre.

“The guy on the phone gave us lots of different options and was very persistent, we said we wanted to check around for other deals first but then he offered us one last deal which he said was half an hour from the airport at the Nuezo Torrelyz Hotel. It had good reviews on TripAdvisor so we went ahead and booked it.”

The holiday cost the family £943, which included flights.

“As soon as we got to Alicante Airport we asked for a transfer and the drivers were like ‘woah, that’s really far”. Teletext had actually booked the family to stay at a hotel 180 miles from Alicante, in a town called Almeria.

“They said we were looking at about 4-5 hours and were told it would be €350. We had each taken out just €300 spending money each for the whole week, so it was out of the question. We were gutted”.

“In the end we took public transport to save money. It took us over seven hours to get to Almeria from the airport”.

“Our flight got in at 11 am and we didn’t get to the hotel until 6pm, the day was just wasted on public transport”.

To get to the hotel, they had to take a one hour fifteen minute bus ride from the airport, a two hour train journey to Murcia and then a coach for four hours.

They were also left feeling very disappointed, as there wasn’t very much to do in Almeria. They had also arranged excursions in Alicante, including water sports and a trip to the Santa Barbara Castle, which all had to be cancelled and which were non-refundable.

To make matters worse, the town was not a popular tourist destination for foreigners, so barely anyone spoke English.

Teletext have since refunded the family the cost of the hotel accommodation and blamed the incident on a ‘one-off technical error’.