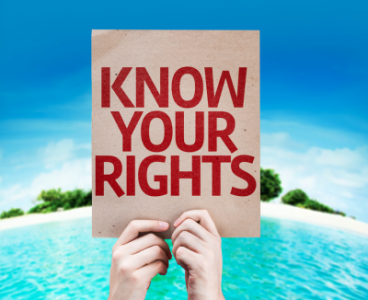 Purchasing a timeshare is a huge financial decision, one which is often made following hours of hard selling from relentless timeshare sales agents. To make matters worse, a sales agent will not bother to take the time to explain the ins and outs of your timeshare agreement with you. A timeshare agreement can seem extremely daunting and impossible to get out of. However, understanding your rights in full could lead to you being able to exit the contract.

In this post, we will be explaining your legal rights in relation to timeshare agreements purchased in non-EU countries.

Timeshare is now sold across the world, so wherever you travel you are likely to encounter timeshare selling. However, the laws relating to timeshare selling will differ greatly in each country and you should proceed with caution when considering purchasing a timeshare offshore and outside of the EU, because your consumer rights may not be protected.

The USA has a buoyant timeshare market, as, unlike in Europe, US timeshares are still being sold and the attitude towards timeshare selling in the US is very different to Europe. The main difference between the two being that the US timeshare market has a strong resale value for timeshare whereas European timeshare sales have stalled over the past 10 years thus producing a stagnation in the European resale market. We mention the US in particular as we have many UK based clients who we have successfully terminated US based timeshares for.

As a UK citizen, you have consumer rights under UK and EU legislation. The main Regulations and UK statutory acts under which you are covered are as follows:

To find how those rights may affect you, please contact one of Mercantile Claims specialist legal advisors who can advise you.

Our team of experienced timeshare advisor will assess you timeshare agreement and provide you with an expert as to how you will be able to terminate your timeshare without any ongoing financial risk to yourself.

Cancellation of Spanish contracts outside the statutory “Withdrawal Period”

Cancellation or termination of your contract is possible outside of the withdrawal period. However, the timeshare industry often uses scaremonger tactics to dissuade consumers from exercising their rights. Resorts and timeshare sales representative will tell you that once you have signed a timeshare contract you are locked into it and any attempt to exercise your rights to get out of it will be met with legal action.

It is unlikely that the resort will take legal action against a timeshare owner for terminating their timeshare, as the contracts are unlikely to stand up to scrutiny before the courts. Traditional timeshare contracts are more robust than the latter incarnations of timeshare i.e points, floating weeks and fractional, all of which are unproven variations upon the traditional timeshare theme and are often adopted by timeshare resorts to maintain the resort by way of charging owners annual maintenance fees.

Mercantile Claims have successfully terminated many timeshare contracts and argued many of the below on behalf of their clients.

The reason why you should argue for termination of your timeshare:

If you think that you were mis-sold your timeshare or have experienced one or several of the above situations where you feel you were pressured or forced in making a timeshare purchase. Then why not speak to one of our friendly specialist termination experts here at Mercantile Claims.