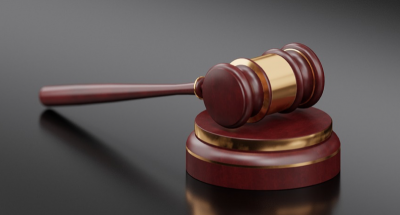 Lawmakers in the state of Arizona have been attempting to change the rules surrounding timeshare ownership for some time.

However, the industry has fought back and tried to block this at every possible stage. It has been an uphill battle for those in charge with protecting consumer rights and giving timeshare owners the protections they deserve.

Many lawmakers in the state of Arizona were against changing the law’s as they themselves benefit from the industry financially. Despite this the State has finally agreed that disclosure laws are necessary as well as extending the cancellation period.

At some point, many owners will regret ever hearing the word timeshare. Like many of the other 20 million timeshare owners, who have been lured to a sales presentation with the promise of free meals or gifts, find themselves leaving with much more than they bargained for. Newly signed up timeshare owners often leave feeling regretful after making a choice they didn’t intend to make or were persuaded to decide on something they weren’t ready for, committed to, or were intimidated into going along with. In fact, it probably wouldn’t surprise you to learn that a recent study carried out by the University Of Central Florida, learned that a whopping 85% of those who buy timeshare, regret their decision.

The vast majority of timeshare owners claim they would never have made the purchase if they knew what it really entailed. The State of Arizona has now finally acknowledged this and added some protections for consumers. The new protections will force timeshare companies to provide more information to consumers on the front end and additional time to make the decision final.

Timeshare buyers now have a better chance to get out of a contract that is notoriously difficult to deal with. The law also applies to anyone who attends a timeshare presentation, residents of Arizona will be now be protected wherever they buy a timeshare in the U.S. Sponsor and consumer advocate Shawnna Bolik believes the decision makes the state of Arizona is now a national leader in enacting consumer protections for timeshare buyers, and that the bill will help curb deceptive practices by some in the timeshare industry.

A Breakdown of the New Timeshare Sales Law in Arizona.

Moving forward, all timeshare companies are required to give buyers a copy of their contract and disclose the following in writing: