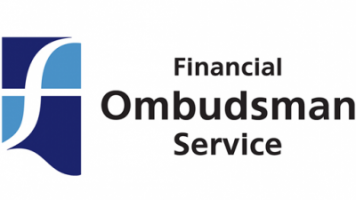 Mercantile Claims are representing a large number of claimants in relation to mis-sold timeshare contracts, many of which have bottle-necked with the Financial Ombudsman Service (FOS). These cases are ones where the finance provider has refused to acknowledge responsibility for the mis-selling of the contract, and so we have had no further option but to lodge complaints with the government body.

The FOS was set up by parliament as an independent public body to resolve individual disputes between consumers and businesses, fairly, reasonably, quickly and informally. As per their mission statement explains: “What matters most to us and our customers is fairness”.

We represent many clients, some of whom have experienced extreme consumer detriment, and these cases are not being resolved in a timely fashion, or with any sense of urgency, which our clients deserve.

One such case involves a couple who purchased a timeshare from Azure Resorts LTD in 2014. The contract was financed through Barclays Partner Finance. Our clients were not informed when they signed their agreement that they were actually taking out another loan. They were specifically told that the purchase was an investment and they would be able to double their money. They already owned a timeshare which they wanted to relinquish. Azure resorts pressured them into purchasing another one, promising to sell the original timeshare and they would make large profits, which would cover the losses they had already suffered at the hands of Azure Resorts and Barclays. This did not happen and the couple were left with a number of loans they could not afford to pay.

The couple now in their seventies and one of whom suffers from COPD, struggled to make payments month in month out. On 16 November 2017, Mercantile Claims were contacted by a local authority to advise that the elderly couple had been made homeless. Mercantile claims immediately contacted Barclays Partner Finance and the FOS to advise them of our clients’ perilous financial situation.

To date no further progress has been made with the FOS, despite the elderly couple’s critical predicament. This couple, one of whom suffers from COPD, have spent Christmas without any home to call their own. It was only thanks to the involvement of Mercantile Claims that their payments were stopped and the validity of their finance agreement challenged in the Upper Tribunal of The Financial Conduct Authority.

Is this the service expected of the Financial Ombudsman Service?

Have you been mis-sold a timeshare product and the finance agreement put you in to a precarious financial position?