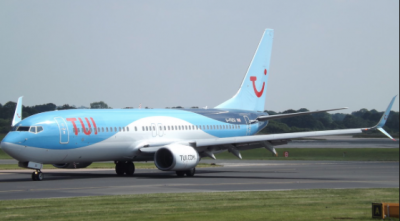 Travel operator Tui has been hitting the headlines again with yet more tales of nightmare holidays.

A customer watchdog has accused Tui of misleading holidaymakers and false advertising, with photos of holiday accommodation that bear virtually no resemblance to what they are actually booking.

Consumer advocacy group, Which? Say they have discovered several instances where properties have been falsely promoted as a higher standard, and when holidaymakers arrived, they were left disappointed and stuck in low quality accommodation.

One holidaymaker, Linda Allsop, booked her holiday through the Holiday Hypermarket which is part of the Tui group. She explained how she arrived at her beach side accommodation, only to be ushered by a porter to a different hotel from the one pictured online, and not located on the beachside as promised. She said: “I was in sheer disbelief that I wasn’t staying in the hotel pictured”. Following a complaint to Tui, the travel operator refunded her and her partner just £50 each and they changed the online description of the property.

Despite this, Which? Say the photos of the beachfront hotel still appear on the Holiday Hypermarket website advertising the same hotel Ms Allsop booked.

In a separate incident, another customer was eventually offered a £500 voucher in compensation after he arrived at his hotel in Rhodes. He had booked the trip through Tui and was left shocked when he arrived and discovered broken tiles by the pool and rusty sun loungers. He said: “The whole place was tatty, tired and dingy. I couldn’t believe it when the door handle to the balcony fell off in my hand. It was almost farcical.”

Hundreds of frustrated passengers claim they have been stranded for hours at Manchester Airport after their flight was cancelled. The flight, due to depart for the Greek island of Kos at 3.55pm on Saturday, didn’t take off due to a problem with the aircraft. But holidaymakers said they were left for several hours without any offer of food or water while they waited to hear what would happen.

Passengers were unable to fly out on a replacement plane until Sunday afternoon, meaning they will miss a full day of their holidays. A spokeswoman for TUI apologised for the inconvenience and said overnight accommodation and meals have been provided for customers. All passengers will be refunded for a day’s worth of their holiday, she said.

A TUI UK spokesperson said: “We would like to apologise to all customers on flight TOM2680 from Manchester to Kos, which has been delayed due to technical issues. We have provided overnight accommodation to all customers and will continue to be in direct communication with them ahead of their new scheduled flight time tomorrow. We appreciate our customers’ patience and understanding and would like to apologise for the inconvenience caused.”

Despite claiming to help their customers, people took to twitter to complain:

One passenger tweeted: “stuck at Manchester airport when should be in Kos. Nobody from TUI has spoken to us for 2 hours. Disgraceful customer service – never again.”

“Hours after our cancelled flight to Kos, hundreds of us are still stranded at Manchester airport…not a single member of staff has been to speak to us…update please?”