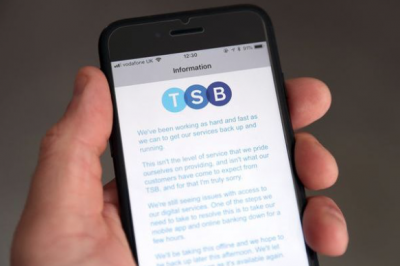 TSB loses 12,500 customers after database migration crashed its system for millions in April. The bank says it has been overwhelmed by incidents of fraud following the technical meltdown.

Thousands of customers have been receiving fraudulent messages and emails and the bank has been unable to properly assist customers due to the sheer volume of incidents.

So far TSB has received 95,613 complaints from customers who have been locked out of their online bank accounts and mobile Apps; some customers even gained access to accounts that did not belong to them.

The cause of the problem was an IT migration which affected 1.3 billion customer records. TSB split from Lloyds in 2013 and, to save itself money, the bank also decided to split its computer systems and move 1.3 billion customer records. The crash caused TSB customers to be unable to make and receive payments, pay bills and many people couldn’t gain access to their accounts. Some customers that could access their accounts found that months of their transaction history was missing, or showing another customers information instead of their own.

This monumental disaster didn’t go unnoticed by professional scammers and, in the weeks following, TSB customers were warned of Phishing emails, texts and phone calls from fraudsters trying to cash in on the fiasco by stealing customers bank account information and passwords, causing a tidal wave of bank account theft.

TSB has been completely overwhelmed, with incidents of bank account theft, people have had their entire life-savings stolen. The issue is so bad, TSB have recruited an extra 466 complaints handlers to help resolve the dramatic increase in the number of fraud attacks. The IT failure created the perfect opportunity for criminals to target TSB customers and they have, in their thousands.

As a result of the ongoing saga, the bank is now being investigated by the FCA and the Chief Executive, Paul Pester, has had to answer questions from MP’s at the treasury committee, to address concerns that TSB mishandled the migration. Treasury Committee Chair Nicky Morgan MP said she was deeply concerned by the banks reaction to the issue.

In May, Mr Pester said he would give up his £2 Million bonus as a result of the IT failure and, as a gesture to customers, the bank has increased the interest rate on its current accounts to 5%.

However, problems are continuing to surface. TSB have issued another warning over new scam emails. Hackers are emailing customers claiming to be from the bank, asking them to sign up to accounts and, verify payments that aren’t real.

TSB and consumer groups are asking people to be vigilant and report anything they may suspect as being fraudulent.

If in doubt, TSB says you should refer to the following guidelines: