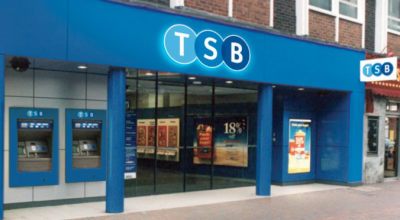 TSB has become the first bank in the UK to guarantee all its customers will be refunded in full if they are the victim of a fraud.

Now, 5.2 million TSB customers will now be covered by the ‘Fraud Refund Guarantee’. TSB is the first bank to act under building pressure to help tackle the rise in sophisticated fraud. Now customers will be covered if they are tricked into authorising payments to fraudsters, as well as unauthorised transactions.

Under current rules, banks are not obliged to refund victims of fraud, however, last August the Financial Ombudsman Service put banks on notice that blanket refusals to refund customers will no longer be tolerated. The chief ombudsman told the banks that it was not fair to automatically call a customer “grossly negligent” simply because they’ve fallen for a scam. Banking regulations state that the bank must refund any payment that was not “authorised” by the account holder. Account holders whose account has been emptied by a fraudster cannot be said to have “authorised” such payments, therefore should be refunded.

Richard Meddings, acting chief executive of TSB, told Radio 5 Live’s Wake Up To Money that the move was “about giving peace of mind to our customers and doing the right thing” It’s a major societal blight. Innocent customers are being tricked.” He added that the bank was investing in education for customers and staff about fraud, but also had a message for crooks: “If you come for one of my customers, we will hunt you down.”

Figures from UK Finance found that £354 million was lost through authorised push payment scams in 2018 and just £83 million was refunded to customers from their banks. A new code of practice designed specifically to deal with the problem of APP fraud and help victims be reimbursed more easily comes into force at the end of May. TSB has not signed up to the code but its guarantee works in a similar way, although it goes further to cover all elements of third-party fraud.

APP fraud is a relatively unsophisticated deception, but it is extremely effective due to the way in which it is delivered. Fraudsters gain access to an individual’s information, usually via a hacked email account, and then present themselves as a company with whom the hacked account owner is already doing business. From there, the con artist will ask for a payment to be made to a bank account that is supposedly held by the legitimate company they are pretending to be. While this may sound like it would set alarm bells off if you were to receive such a request, the scammers are cunning enough to bide their time and wait for the most opportune moment in which to strike. APP fraud can affect pretty much anyone with access to online banking. Remember, the hackers will have already accessed your email account, so they’ll be able to perfectly replicate an invoice from someone you may have paid in the past without issue.

In a statement, Richard Meddings added: “The vast majority of fraud claims across UK banking are from innocent victims of fraud who have been targeted by criminals and organised gangs. However, all too often these customers must fight to be refunded and are not treated as victims of crime. We want to provide peace of mind to our customers, that’s why we’re proud to announce the TSB fraud refund guarantee. If a TSB customer innocently suffers a fraud loss on their account after being targeted by a criminal, we’ll cover it.”

TSB said its guarantee, which applies to losses from 14 April, marked a “step change” in the industry, where currently customers were only refunded for fraud losses in limited circumstances. Under the guarantee, customers will need to contact the bank to report fraud and it will still investigate the fraud claim, including what happened and how, so it can inform customers and ensure they are protected from future fraud.