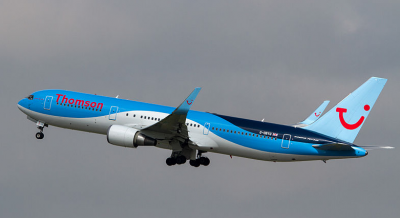 A family flying from Menorca to Birmingham were forced to sit on the floor as their allocated seat numbers didn’t exist.

Paula and Ian Taylor and their daughter Brooke, from Warwickshire, travelled to Mahon airport in June 2018 for their flight with TUI airlines. They were allocated seat numbers 41D, E and F, but when they boarded the plane they could not find their seats and cabin crew instead offered them flip-up jump seats tucked into the crew station. They were later forced to sit on the floor because flight attendants needed access to food and duty free items.

Mrs Taylor spoke with BBC One’s Rip-Off Britain: “We made sure we were three hours early at the airport to check in early just to make sure we got seats together. We went straight to the front and we were very excited by the fact we had managed to sit together.”

The family tried to locate their seats and were shocked to see they did not exist: “We all just looked at each other as if to say where’s our seats gone?” Cabin crew suggested that Brooke take the last available seat on the flight, and her parents sit in the flip-up chairs allocated for crew members. Once the plane took off, the couple were asked to move their seats as the attendants needed access to the food and duty free items.

The Civil Aviation Authority, the body that regulates airlines in the UK, is now investigating the incident. It has asked TUI airlines to explain why the family was forced to sit on the floor, and is looking into a possible breach of regulations. After being contacted by BBC’s Rip Off Britain, TUI offered the family a full refund.

A spokesperson for TUI said: “We are sorry to hear about Mr Taylor and his family’s experience with us. Unfortunately, a last minute aircraft change meant that the seats the family was originally assigned were unavailable as the alternative aircraft had a different seating configuration. We’re also sorry for the way the situation was initially handled and we’ll be investigating this. We will also be contacting the customers directly to apologise and will be offering a full refund.”

What to do if you experience problems with your flight