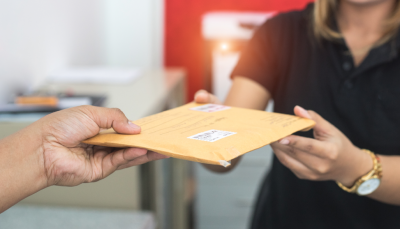 Two men have been arrested over a series of nine frauds across Reading and Wokingham.

The incidents all took place between 18 January and 4 February and resulted in jewellery and large sums of money being stolen from elderly and vulnerable victims.

The frauds were committed by the men claiming to be a Detective named Tony Moore, from Hammersmith Police. The offender telephoned the victims and advised them that they had become part of a fraud investigation. The victims were instructed to place their jewellery, bank cards and PIN numbers into an envelope, which was then collected by a courier.

The fraudster then asked the victims to call 999 to verify this, but instead of hanging up the phone, the fraudster stayed on the line and unbeknown to the victim the line was left open. When the victim thought they were calling the police, they were actually speaking to another fraudster who continued to embellish the scam.

After handing over their items, victims were told they would be contacted by another officer. Instead the bank cards were used to purchase goods in and around the Reading area.

Investigating Officer, Detective Sergeant Alistair Marman from the Economic Crime Unit at Loddon Valley police station, said: “Following an investigation, I can confirm that two arrests have been made in connection with a fraud series targeting elderly residents in Wokingham and Reading.

I would also encourage anyone with elderly or vulnerable family, friends and neighbours to make them aware of this type of fraud.”

What is Courier Fraud?

Courier Fraud occurs when you are called by someone pretending to be from your bank, building society or police and convinced to tell them your card details over the phone. They arrange for a courier to pick up your card to take it away for evidence or to have it destroyed. In reality, the card is collected by the fraudsters to withdraw money from your account.

Protect yourself and others:

1. Your bank or the police will never call you to ask you to verify your personal details or PIN by phone or offer to pick your card or courier. Hang up if you get a call like this.

3. Do not let a stranger take your card. You should only ever have to hand it over at your bank. If it’s cancelled, you should destroy it yourself.

Someone claiming to be from your bank or local police force calls you to tell you about fraudulent activity but is asking you for personal information or even your PIN to verify who you are.

They’re offering you to call back so you can be sure they’re genuine, but when you try to return the call there’s no dial tone.

They try to offer you peace of mind by having somebody pick up the card for you to save you the trouble of having to go to your bank or local police station.

You may get called on your mobile or landline by someone who claims to be from your bank or the police. They say their systems have spotted a fraudulent payment on your card or it is due to expire and needs to be replaced.

They might suggest that you hang up and redial the number of their bank or police force to reassure you that they’re genuine. However, they don’t disconnect the call from the landline so that when you dial the real phone number, you’re still speaking to the same fraudster.

They’ll then ask you to read out your credit or debit card PIN or type it on your phone keypad. They may ask for details of other accounts you hold with the bank or elsewhere to grab more information.

Then they promise to send a courier to you to collect your bank card. The fraudster will have your name, address, full bank details, card and its PIN, and withdraw cash using the card and may even use the information to commit identity fraud in your name.