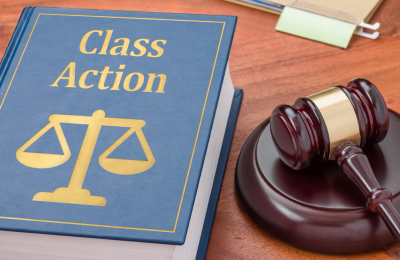 Owners filed the motion earlier in the year, claiming Marriott was acting unreasonably, and in bad faith, by hiding essential documents from the court. Marriott Vacations said they had simply made a mistake by failing to hand over key evidence in the class action, claiming it caused the owners’ property values to plummet.

In a partial win for the timeshare owners, the judge ordered Marriott Vacations to pay reasonable attorney fees to more than 200 owners, finding that the company withheld an affiliation agreement from evidence. However, he also stated he found no bad faith or wilful misconduct on the company’s part. He said he did not agree with the timeshare owners that the actions of Marriott warranted a default judgement, as requested.

In his ruling Judge Gallagher said: “To put it bluntly, if Marriott was trying to hide the affiliation agreement, they did a relatively ham-handed job of it. Marriott left too many clues, from explicit discussion in the acknowledgement agreement to specific deposition testimony for the court to be convinced that there was an intent to bury the affiliation agreement. The failure to provide was a mistake, perhaps a costly and time-consuming mistake, but a mistake nonetheless”.

An overview of the Case:

The class action has been bought by more than 200 owners, who say that Marriott Vacations actively engaged in fraudulent activity and breached their financial responsibilities to owners. They claim that the affiliation between the two companies decimated the value of the owners’ original investment, which the timeshare owners purchased from the group. The owners claim their timeshare units are now worth less than 20% of the original purchase prices and the hospitality giant, Marriott, is to blame for this.

Marriott introduced The Ritz-Carlton Club as a luxury alternative to its Marriott Vacation Club timeshare offerings, selling this holiday product at a substantially higher price, based on incentives such as longer use and access to upscale properties. By doing this, it caused the value of existing owners timeshare units to plummet and owners now say that their assets are virtually worthless and will see no return on their investment. The case continues and it may be sometime before we see a final ruling.