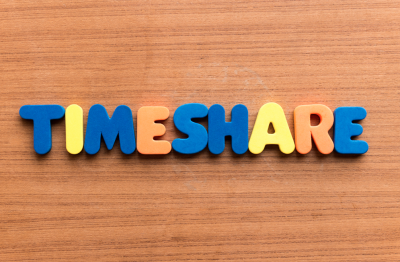 Over in the States, following a court battle that has been going on for four years now, a judge has ruled that a tax on timeshare units is justifiable. If timeshares owners do not have to fork out enough for the luxury of owning one, owners in the U.S. Virgin Islands will have to pay an additional $25 per day occupancy fee. The law was passed four years ago but was challenged in court for being too high and unfair, after a long drawn out battle the judge has ruled the tax should stay.

The ruling this week seems to have finally put an end to the dispute despite the opposition claiming the additional tax was ‘unconstitutional’. In 2017 a timeshare advocacy group, that regularly campaigns for owners in the U.S filed a lawsuit to stop the tax from going ahead. They stated that the tax was unfair and merely to get more money out of visitors to The Virgin Islands. The additional tax would generate around $19 million in revenue it was estimated. The advocacy group argued that the fees would hurt businesses as it would discourage tourism in the area and unfairly burdened timeshare owners who already paid high fees.

The case eventually landed in a District court who have ruled against the timeshare group. It is estimated that the additional tax has netted, to date, around $14 million in revenue.

Timeshare victims will be compensated.

This time in Florida, following a scam that went on for some while and targeted timeshare owners across the united states, prosecutors say they have recouped thousands of dollars for victims. Brandon Walsh who operated and ran Premier Rental Solutions and Paramount Property professionals, entered a guilty plea in court. He ran a timeshare resale scam out of Orlando, Florida and from 2015 onwards scammed at least 50 people. He targeted timeshare owners and promised to be able to sell their unwanted timeshares quickly and for a fee.

According to investigators, Walsh used his companies to mislead timeshare owners into believing that he had buyers ready to purchase their timeshares and coerced them into signing contracts and paying large marketing fees. They also found that he exaggerated his marketing efforts and promised fake refunds, which never materialised.

Walsh was sentenced to 11 months in jail and will be on probation for 4 years. He was ordered to pay $87,000 in restitution to victims, officials state each victim will get an average of $1,750 in compensation.

Police officers, that worked on the case for a year said in a statement: This company knowingly defrauded victims in Orlando and state-wide, most of whom were elderly, using a scheme to sell or rent their timeshares. We are happy that we were able to give some of the victims the satisfaction of getting their money back and knowing this individual will be spending some time in jail.”

Attorney General Ashley Moody said, “Many people struggle to sell their timeshare contracts and it is reprehensible that someone would take advantage of their desire to sell in order to steal their hard-earned money—turning the possibility of light at the end of the tunnel into financial loss. I am proud of my State-wide Prosecutors for securing restitution for Florida victims of this fraud.”