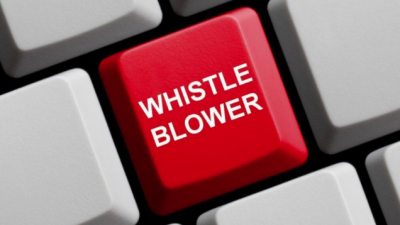 A Warwickshire businessman has become the first person to be prosecuted by Companies House, after he falsely set-up companies on the Government register. Kevin Brewer admitted giving false information to Companies House and to using the names of prominent figures from the City of Westminster.

Companies House is the United Kingdom’s register of companies and is an executive agency and trading fund of her Majesty’s Government. It falls under the remit of the Department for Business, Energy and Industrial Strategy and is also a member of the Public Data Group. The companies register contains information about company addresses, accounts, those who run the companies and their shareholders. There are nearly 4 million companies on the register and the vast majority of those who use the system lawfully.

Companies House has hailed the conviction of 65 year old businessman Kevin Brewer as the first ever secured under a law passed in 2006. They issued an official statement from Business Minister Andrew Griffiths:

“This prosecution, the first of its kind in the UK, shows that Government will come down hard on people who knowingly break the law and file false information on the company register. Companies House works hard to protect and continually upgrade the company register, identifying potentially criminal activities and working closely with law enforcement bodies to help bring those perpetrators to justice”.

When first hearing this you would be forgiven for thinking Companies House were getting serious about the epidemic of fraud enabled by the misuse of companies registered in the UK. However, the headline belies the full story. Brewer, in fact, purposefully submitted the details using the name Vince Cable, the leader of the Liberal Democrats. When doing so, Brewer made it abundantly clear he was protesting about how easy it was to register false information with the authority and documented his actions in a national newspaper. Brewer stated he was seeking to highlight how the service was being exploited by fraudsters.

Brewer’s first attempt to expose the potential for fraud was in 2013, when he registered Vince Cable as director of John Vincent Cable Services LTD. He wrote to the then Business Secretary to tell him all about it. After receiving no response, Mr Brewer repeated the stunt in 2016 by registering the names James Cleverly MP and Baroness Neville-Rolfe, the then Minister responsible for the agency. Companies House employs more than 1,000 people across its UK offices, but it does not appear to adequately police the system or independently validate any of the companies registering with them.

When Companies House finally acted against Mr Brewer, he said he was “Gobsmacked” by the decision to prosecute. “I highlighted an issue and then wrote to those concerned and told them what I had done and asked to meet to discuss the problems but was ignored, then out of the blue they decided to prosecute me for being a Whistle Blower”. Mr Brewer was fined £1,602 and ordered to pay £10,462.50 and a victim surcharge of £160. He could have faced up to two years in prison, had he fought the case in Crown Court.

Companies House said Mr Brewer was prosecuted after he ignored warnings about the seriousness of the offence.

Mr Brewer alleged that Companies House doesn’t do anything to verify the information, such as the names of directors and the ultimate owners of companies that are put on the online forms. In response to the allegation, Companies House explains that its records were under constant scrutiny by law enforcement agencies and were a powerful tool for identifying inaccurate or fraudulent information.

Is this an implied admission that they are a filing service only and rely upon other agencies to combat the epidemic of fraud enabled by the misuse of companies registered in the UK ?