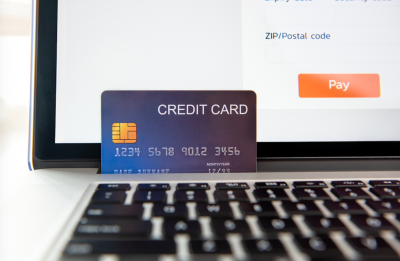 A grieving widow has told how she was tricked out of £50,000 by aggressive scammers posing as HMRC taxmen.

Linda Butler was so terrified into making repeat payments to criminals posing as HMRC officials who told her she could be arrested if she refused to pay a non-existent tax debt. Mrs Butler told the Daily Mail how she arrived home to a voicemail from a fraudster posing as a HMRC officer informing her she must call them back urgently or face legal action.

She called the number back and scammers told her she owed HMRC £4,000 and if she failed to pay she would face a fine of up to £30,000. Mrs Butler had recently lost her husband and told the Mail that the man was so aggressive she felt frightened. Convinced by the caller she had made a mistake with her tax bill, she logged into her online bank account and made the £4,000 payment.

Not satisfied with the £4,000, the fraudster claimed the transfer had not gone through and forced her to make the payment again. The fraudster continued to con Mrs Butler for another two hours, demanding the payments had not gone through. She could see her bank balance decreasing but he assured her any overpayments would be returned to her bank account. Eventually Mrs Butler hung up the phone and contacted her bank, she then discovered she had lost almost £50,000.

Mrs Butler told the Daily Mail newspaper: “I was so frightened. He said he had come to my house before and I had no idea if they were waiting around the corner.”

After investigating, NatWest managed to retrieve £2,700 but refused to refund the remainder because Mrs Butler had authorised the payments. A spokesperson for NatWest said: “We sympathise with Mrs Butler, who has been the victim of a scam and appreciate this has been a very distressing time for her. We take our responsibilities in preventing scams seriously and will always try to help customers to recover their funds. Unfortunately, as she made the payments herself and confirmed a number of them as genuine when we contacted her, we are unable to refund her loss.”

How are these scams happening?

More than 1 in 10 scams reported in the UK come from Indian based call centres. HMRC received 73,000 complaints about suspicious scam communications in the last year. Police say it is almost impossible to try to trace these criminals. British victims have paid millions to scam centres based in India and employees there are paid incentives to encourage them to reach targets.

A spokesperson for HMRC said: “We will only ever call you asking for payment on a debt that you are already aware of, either having received a letter about it, or after you’ve told us you owe some tax, for example through a self-assessment return. We work relentlessly to close scams down and make people aware of them. HMRC has a trusted brand which can be abused by fraudsters to trick people trying to fulfil their legal obligations. We have invested heavily in protecting taxpayers against scams and anyone who suffers financial loss as a result of one should inform Action Fraud.”

HMRC has issued the following guidance to people to stop them getting caught out:

Recognise the signs. Genuine organisations like banks and HMRC will never contact you out of the blue to ask for your PIN, password or bank details.

Stay safe. Don’t give out private information, reply to text messages, download attachments or click on links in emails you weren’t expecting.

Take action. Forward suspicious emails and details of calls claiming to be from HMRC to phishing@hmrc.gsi.gov.uk and texts to 60599, or contact Action Fraud on 0300 123 2040 if you suffer financial loss.